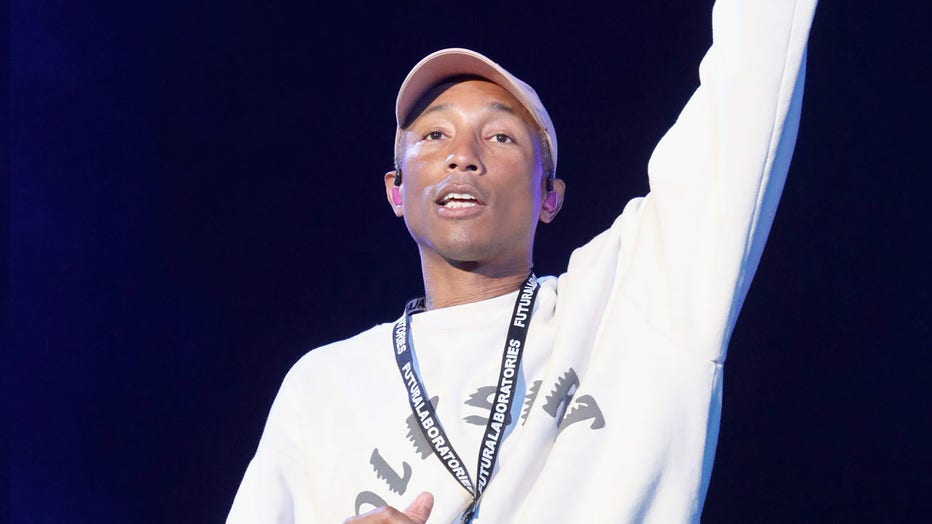 Pharrell performs onstage at SOMETHING IN THE WATER - Day 2 on April 27, 2019 in Virginia Beach City. (Photo by Brian Ach/Getty Images for Something in the Water)

"Something In The Water is a Black solution (LOVE) for a systemic issue, and this year we are taking our celebration to a higher platform - the nation’s Capital during Juneteenth Weekend," Pharrell said in a statement. "We want to show the world that there is Something In The Water across the whole DMV and I want to continue to bring awareness to the greatness within these communities and invite large corporations to show up for the people. D.C. has always been a deep inspiration to me as a person and a musician. It is the land where Go-Go Music was birthed which has provided so much for our people.

"Our sponsors continue to go the extra mile to show that Something In The Water is so much more than a festival. The goodwill we generate is a defining trait of who we are. We will always have the hottest artists, but to pair that energy with these brands showing up for the community is what makes this festival a vehicle for change."

"If you’re celebrating music, if you’re celebrating Black excellence, if you’re drawing attention to the people who have dedicated their lives to knocking down barriers and uplifting our communities — then there is no better place to do that than in Washington, DC," Mayor Bowser added. "We are proud to be working with Pharrell to bring Something In The Water to D.C. for Juneteenth weekend. DC is open, and we are ready to celebrate."

The lineup of artists will include:

READ MORE: Here's how DMV locals can get tickets early to Something in the Water 2022

More performers are expected to be announced later. The festival will also feature Go-Go musicians including Backyard Band, Rare Essence, and Sound of the City.

Something in the Water 2022: Pharrell Williams to hold music festival in DC this summer

Pharrell's Something in the Water music festival will take place in Washington, D.C. this summer. D.C. Mayor Muriel Bowser and Pharrell Williams officially made the announcement Tuesday afternoon.

This year, the festivities will be expanded to three stages, in the heart of the nation’s capital, directly on Independence Avenue and its adjacent streets.

The festival happened only once in 2019 in Virginia Beach. That year, 25,000 tickets to the music festival sold out in 21 minutes, according to an online report by the The Virginian-Pilot.

After Pharrell's cousin, Donovan Lynch, was killed by police in 2021, the artist wrote a letter to Virginia Beach City Manager saying he loved the city, but it was run with "toxic energy."

Three-day passes for the 2022 festival will go on sale to the public beginning Saturday, April 30th at 10 a.m. at SOMETHINGINTHEWATER.COM.

Fans who purchased SITW passes for previous years will have an exclusive presale for the 2022 festival on Wednesday, April 27 until Thursday, April 28 at 10 p.m.

In addition, Virginia residents will have special access to a "Virginia Locals Only" presale taking place on Friday, April 29. Residents can purchase festival passes in person at the Veterans United Home Loans Amphitheater at Virginia Beach box office. Fees are waived for the in-person purchase.