FOX 5's Tisha Lewis has been on the move following the Inauguration from DC to Virginia and back to the District.

WASHINGTON (FOX 5 DC) - On Wednesday, there was a strong military presence at North Capitol and E streets during the inauguration of now President Joe Biden and Vice President Kamala Harris.

A security presence and checkpoints unlike any others seen for past inaugurations. Even so, despite District leaders urging people not to come to D.C., many did. 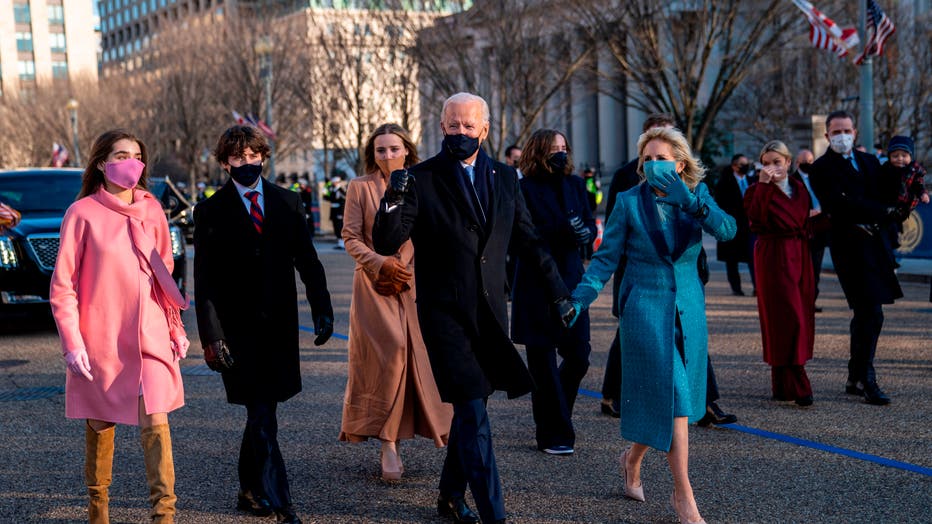 Many of the people who were out and about were not from the D.C. area.

All of the people FOX 5’s Tisha Lewis interviewed were tourists who flew to the District and said they wanted to watch history happen with the swearing-in ceremony of Biden and Harris. Also saying they wanted to show they are not afraid.

READ MORE: When barriers, fencing will begin to come down after Inauguration Day in DC

The violent riot at the U.S. Capitol and the coronavirus pandemic did enough to stop the folks from coming to D.C.

Although, there was a small pocket of protesters outside Union Station — about 50 people there, contentious at times, but police were on site and it remained peaceful.