A neighbor shot this video the moment an explosion occurred at a Silver Spring apartment building. (Courtesy Amrit Gautam)

SILVER SPRING, Md. - A Silver Spring resident's security camera captured video of the moment an explosion tore through an apartment complex in Montgomery County sending 10 people to the hospital and leaving much of the building in ruins.

Amrit Gautam's camera was positioned directly across from the building in the Friendly Garden Apartment complex on Lyttonsville Road when at around 10:30 a.m. the explosion happened.

Video shows a fireball and cloud of smoke pushing through the outer wall of the structure followed by a loud eruption. Parts of the building could be seen collapsing before screams from neighbors were heard. A gray cloud of debris enveloped much of the part of the building where the explosion occurred. 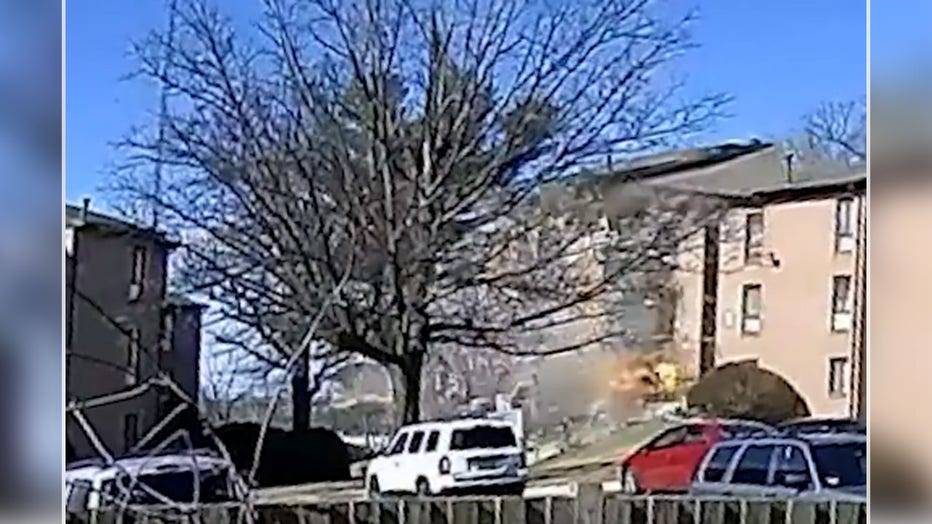 Officials say no fatalities have been reported at this time. The entire apartment complex was evacuated and searches are being conducted to see if anyone was trapped.

The cause of the blast has not yet been determined.