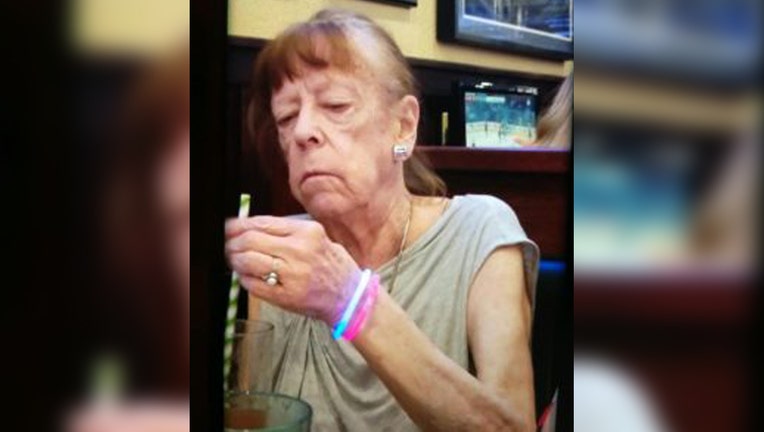 Officials in Montgomery County have issued a Silver Alert for a missing Gaithersburg woman who has dementia.

Montgomery County police say 73-year-old Sydney Morse was last known to be at the Safewat at 20211 Goshen Road in Gaithersburg at around 7:00 p.m. on Monday.

Police say she planned to drive home from the store but has not returned.

Morse is described as a white female who is about five-feet-four-inches tall, weighs approximately 114 pounds, and has blue eyes and brown hair.

She was last seen wearing a gray zip-up hoodie and black leggings.

Anyone with information regarding Sydney Morse's whereabouts or anyone who sees her vehicle is asked to call police.