Three-time snowboarding gold medalist Shaun White said the Beijing Games will be his final Olympics and that, after, he plans to retire from the sport.

BEIJING (AP) - The Flying Tomato wants this to be his final takeoff.

Three-time snowboarding gold medalist Shaun White made it clear Saturday that the Beijing Games won’t just be his final Olympics, the 35-year-old American plans to retire from the sport he put on the international map after the halfpipe medal round next week.

"In my mind, I’ve decided this will be my last competition," he said.

White has been a transcendent force for snowboarding, its most recognizable face for nearly two decades — and not just because of the mop of red hair that inspired his nickname. 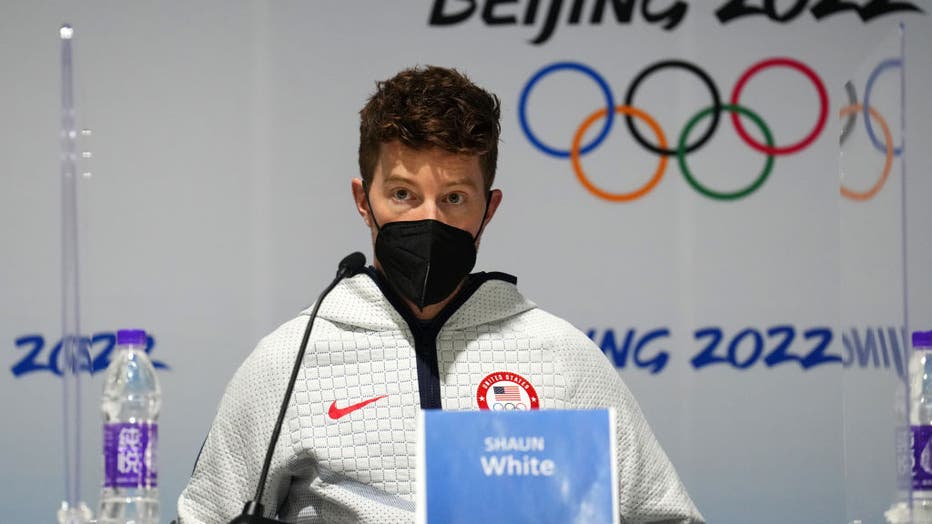 Those locks have since been chopped, and White is now an elder statesman for the sport, hobbling into his fifth Olympics after a season marred by an ankle injury, a bout with COVID-19, a late unscheduled trip to Switzerland to secure his Olympic spot and, most recently, a training plan that got thrown off schedule during his stay in Colorado in January.

"I’m sort of pinching myself, with how lucky I am to still be here at this age," he said during a reflective, 45-minute news conference.

White won gold in his Olympic debut in 2006, just the third time halfpipe snowboarding was held at the Winter Games. The sport boomed in popularity with him at the forefront, and he won gold again in 2010 and 2018. He also has 15 X-Games golds — 13 in snowboarding and two as a skateboarder.

White will hardly be a favorite for a fourth halfpipe gold when the finals are held Friday. Ayumu Hirano of Japan, who finished second to White in 2018, became the first to land a triple cork in competition in December, and the three-flip trick probably won’t be in White’s run.

White said he’s toggling between trying to enjoy every moment of the last big contest week of his life and knowing there is work to do when the halfpipe opens for training Sunday.

He said he decided he was ready to be done during the buildup to the Beijing Games, a moment that crystalized when he got lost on a mountain during a soul-sucking training stop in Austria in November

"A sad and surreal moment," he said. "But joyous, as well. I kind of reflected on things I’ve done and looked at the sun going down and went, ‘Wow, next time I’m here, I won’t be stressed about learning tricks or worried about some competition thing.’"