ARLINGTON, Va. (FOX 5 DC) - In just four days, two people were held up inside the parking garage at the Fashion Centre at Pentagon City. In one case, the robbers even stole a luxury car.

A Nordstrom employee told FOX 5 on Thursday two of their coworkers were victims in these two separate robberies. The robberies reportedly happened on the P2 and P4 decks of the parking garage right near the department store.

Right now, the gunmen are still on the loose.

Arlington County Police say the first robbery happened on Sunday at around 5:30 p.m.

A woman was inside her car when a man with a gun came up to her, showed the weapon and stole her cell phone.

Then on Thursday afternoon at around 1:30, a robber followed a man to his car. Police say the suspect showed the man a gun and demanded the man's car — a Mercedes C300. He then fled the scene in the car. off with it. 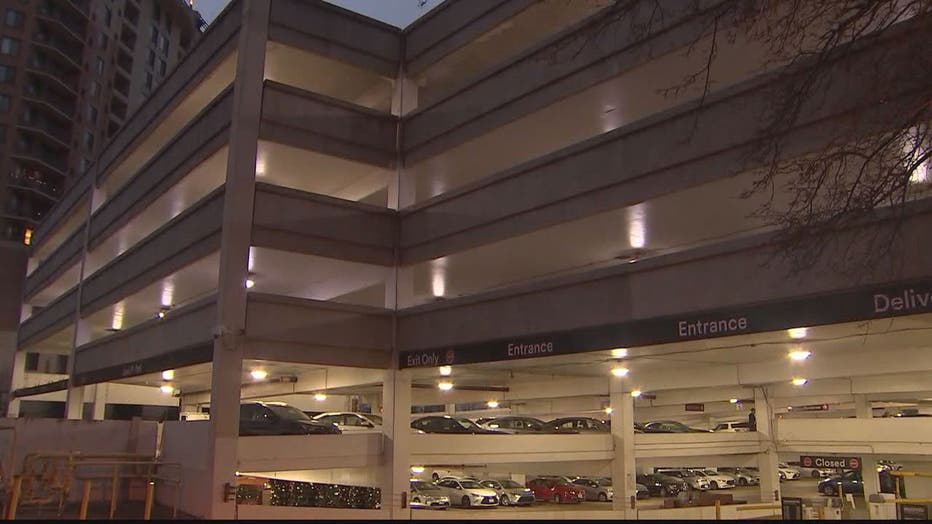 Police don't have good descriptions of the robbers but they say they do not believe these two cases are connected.

Shoppers tell us the crimes have them looking over their shoulders.

Police say since last January, there have been 18 robberies in and around mall property. A third of the robberies involved a gun

In the cases this week, no one was hurt