Seresto flea and tick collars have been linked to at least 2,500 pet deaths and more than 98,000 pesticide poisoning incidents, but they’ve remained on the market despite some EPA scientists "screaming about it for years," according to a 16-month investigation by a congressional subcommittee.

The report, issued by a subcommittee of the House Committee on Oversight and Reform, accuses the U.S. Environmental Protection Agency of repeatedly ignoring concerns about what "may be the most dangerous flea and tick product on the market."

"The convenience of eight-month flea and tick protection, when many other products must be reapplied monthly, made the Seresto collar hugely popular with pet owners," the report states. "EPA knew about the dangers posed by the collar—and the many consumer complaints about the collars—for several years yet failed to take action."

The collars were made by Bayer Animal Health, which was sold to Elanco in 2020, according to the subcommittee’s findings.

In Colombia, the same pet collar is labeled as highly toxic, and in Australia, the label says "POISON." But in the U.S., both companies successfully fought to omit those warnings from labels, the subcommittee said.

A March 2021 report from USA Today revealed more than 75,000 pesticide incidents and about 1,700 deaths linked to the Seresto collar. At least 800 more pets have died since the report was published, according to the subcommittee, and both companies failed to provide data to the EPA for months, "despite sending incident reports for other products to the agency."

Investigators said the EPA knew as early as 2015 that the Seresto collar had nearly five times the rate of death or major incidents when compared to the second most dangerous flea and tick product. 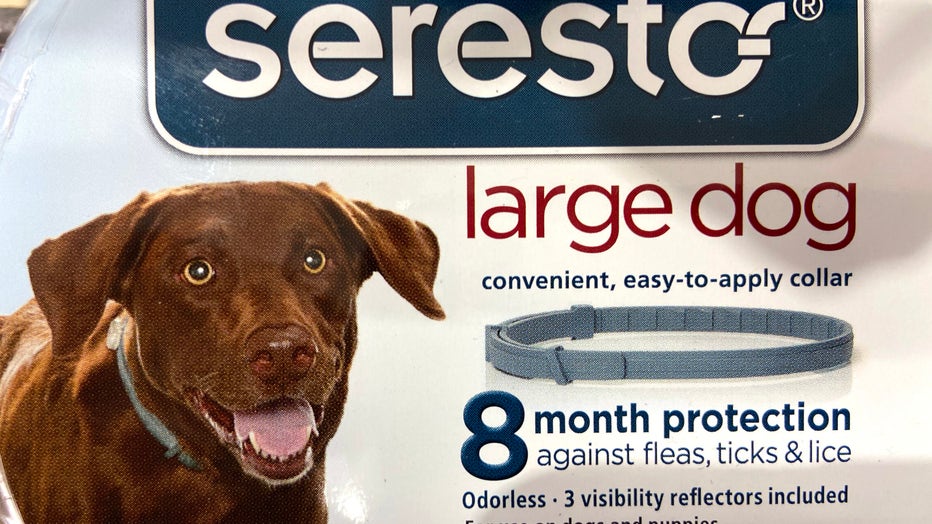 Seresto pet collars are offered for sale at a retail store on March 03, 2021 in Chicago, Illinois. (Photo by Scott Olson/Getty Images)

In 2016, an EPA risk manager wrote that the agency "rushed" the Seresto collar’s approval so it could be used in a study by the U.S. Centers for Disease Control and Prevention. Canada banned the sale of the collars the same year based on a review of U.S. data.

Outside regulators found that the key studies done on the Seresto collar weren’t acceptable because they "greatly underestimated the exposure" to one of the collar’s active ingredients.

RELATED: Scientists explain how some dogs can remember their favorite toys

In 2017, at least one senior EPA official tried to "tamp down" discussions about Seresto and told scientists "to stop expressing their concerns about Seresto over email."

Internal messages from the EPA showed scientists asking things like, "Why is Seresto even registered?" and telling others they hope "this time someone can blow the lid off this travesty."

The subcommittee believes the number of deaths and major incidents could be higher because many pesticide poisonings are unreported or misdiagnosed.  Investigators recommend recalling the collars and revoking their EPA registration, since Elanco "has refused to voluntarily recall the collar."

"More than 80 regulatory bodies around the world have approved Seresto and Seresto is widely used in more than 80 million collars worn over the past decade to protect dogs and cars from fleas and ticks," he said at the hearing.