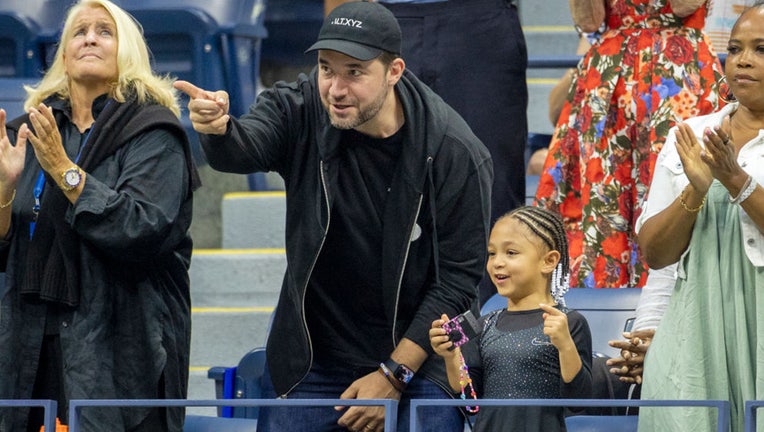 People on social media were quick to notice Serena Williams’ daughter, Olympia, not only wore an outfit matching her mother’s at the U.S. Open Monday evening, but she also paid tribute to Williams' tennis career with her choice of hairstyle.

Olympia wore white beads in her hair, a nod to her mom's hairstyle when she won her first U.S. Open in 1999 at age 17. 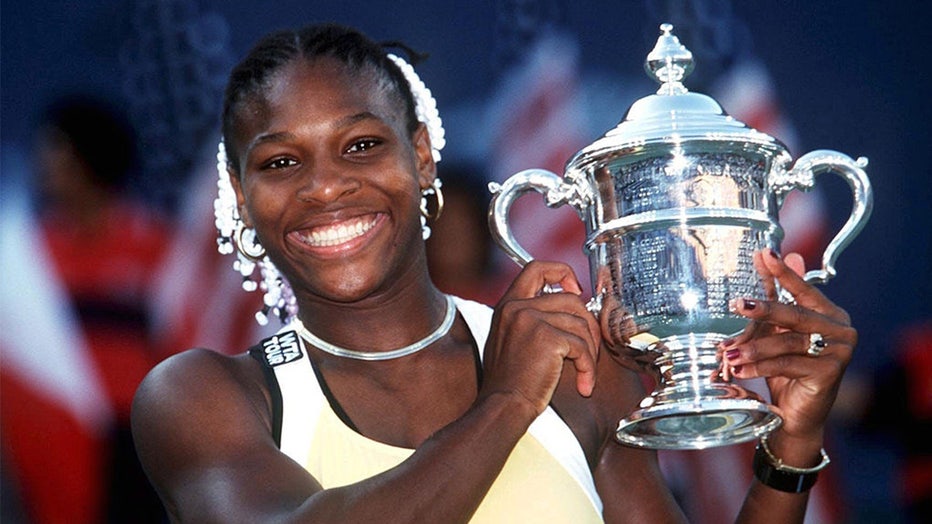 Olympia, who sat alongside her father, Alexis Ohanian, and grandmother during the match cheered on her mom from the stands while also snapping photos with what appeared to be a pink disposable camera. 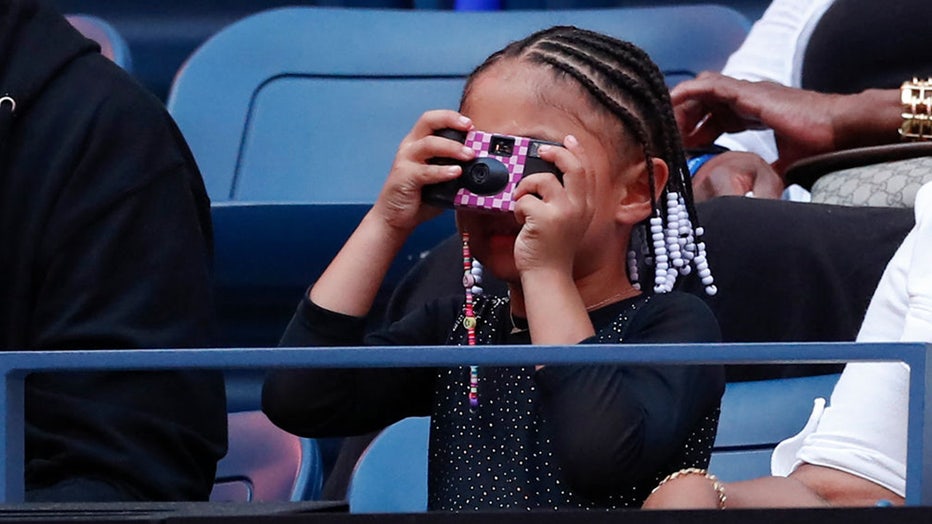 Williams' outfit was revealed ahead of her first match on Monday and not only was it flashy and fit for a superstar athlete of her merit, but it also had some subtle tributes to her career.

Williams’ diamond-encrusted Nike tennis sneaker went together with a matching figure-skating-inspired outfit. Her skirt had six layers — a nod to the six singles U.S. Open titles she’s won at Flushing Meadows. A matching jacket and tote bag also adorned her. 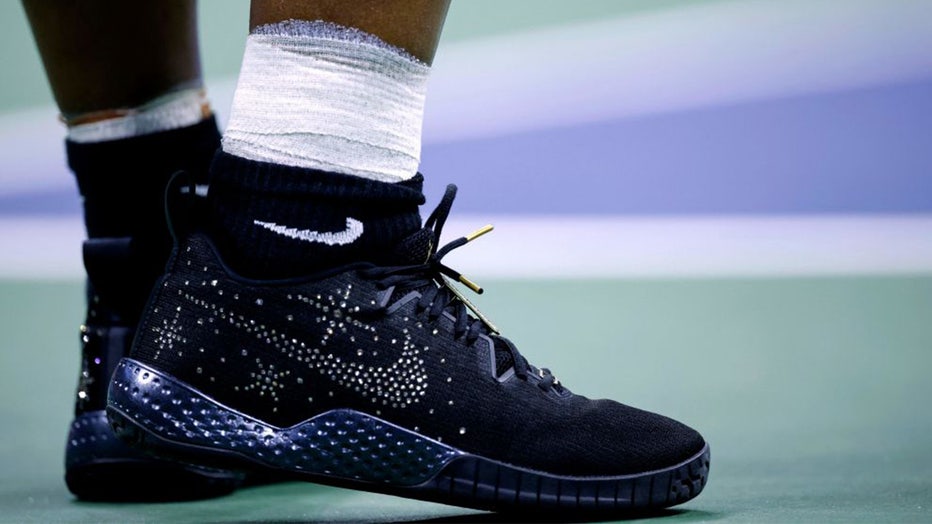 US player Serena Williams shoes are pictured as she plays against Montenegro's Danka Kovinic during their 2022 US Open Tennis tournament women's singles first round match. (KENA BETANCUR/AFP via Getty Images)

Nike said Williams provided the "control, providing the full vision and dialing the details for a thrilling design created to make her feel comfortable and confident."

"Inspired by graceful competition dresses worn by figure skaters, the embellished bodice and the skirt place Serena in the spotlight and allow her freedom of movement," Nike said in a news release. "The skirt includes six layers, a nod to her six previous title wins in Flushing. With a matching jacket and tote, the deep hue and crystal-encrusted bodice refracts light and shines brightly, alluding to the night sky at the tournament.

"The look is paired with the NikeCourt Flare 2—a custom Serena PE featuring a diamond-encrusted Swoosh design and her initials on the medial side. The solid gold deubrés on the laces feature 400 hand-set diamonds in black ceramic created in collaboration with Serena Williams Jewelry."

The 40-year-old revealed earlier this month in an essay published in Vogue magazine she will likely walk away from the sport after the U.S. Open.

If so, she will leave the sport with 23 Grand Slam titles — the most in the Open Era and second most all-time behind Margaret Court. She will get one more chance to tie the court’s record. She lost in the first round of Wimbledon earlier in the summer.

The Associated Press and FOX News contributed to this report. This story was reported from Los Angeles.