Stewart, who is running for U.S. Senate, described the flyer as horrible and said he has no connection to it.

Vicky Durandisse, a realtor from Woodbridge, found the flyer and shared it with FOX 5 on Faceook.

"I was in Clifton, Virginia, so off of [Route] 612, and I was putting out some signs and I found this flier," said Vicky Durandisse, a realtor from Woodbridge. "There were a few of them in the ground there."

At first glance, Durandisse thought the flyer was the real deal from Stewart himself. But she quickly realized otherwise when she saw it said "Corky Stewart" among other glaring offenses, including swastikas, which were most offensive to her.

"I'm not that offended by the confederate flag, but to see the swastika here and everything that is happening in our country, what happened recently in Charlottesville, that was my initial reaction as to let me find out what this is about," said Durandisse.

Stewart is a conservative running for Senate against incumbent Democrat Tim Kaine. Stewart is currently the at-large chairman of the Board of County Supervisors in Prince William County.

"I have been concerned for some time that the failure by politicians to denounce Antifa and other extremist groups like this is causing them to get increasingly bold and now publishing this garbage - is extraordinarily disturbing to me," he said.

The flyer not only depicts Stewart as a fascist, but shows an unflattering image of President Trump.

"It's obviously put out by some extremist left wing group who is trying to defame me and the president I might add, and I think anybody with some common sense can see that," said Stewart.

Sen. Kaine's spokesperson said no campaign should glorify Nazi or confederate symbols, and goes on to say Kaine is focused on running a positive, forward-looking campaign about the issues important to Virginia families. The campaign also said they had nothing to do with these fliers.

Fairfax County police said this would be investigated if it was reported, but not as a hate crime since there was no criminal act to a person or property based on race, gender, sexual identity or religion. 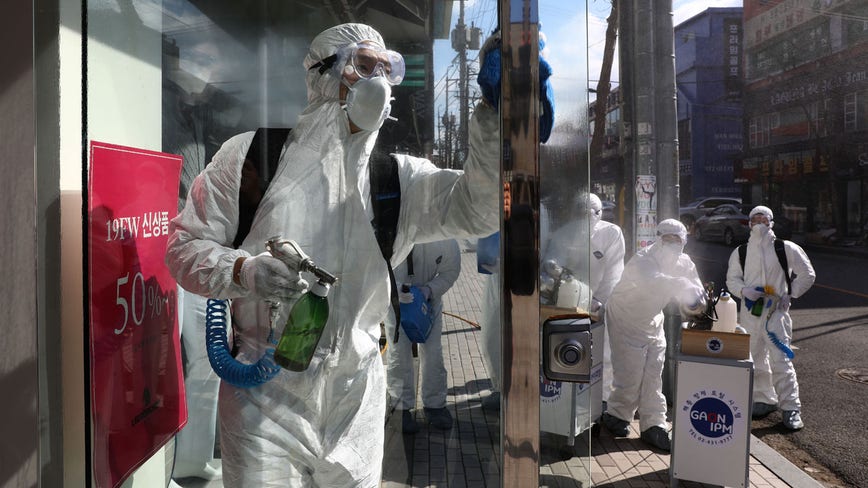