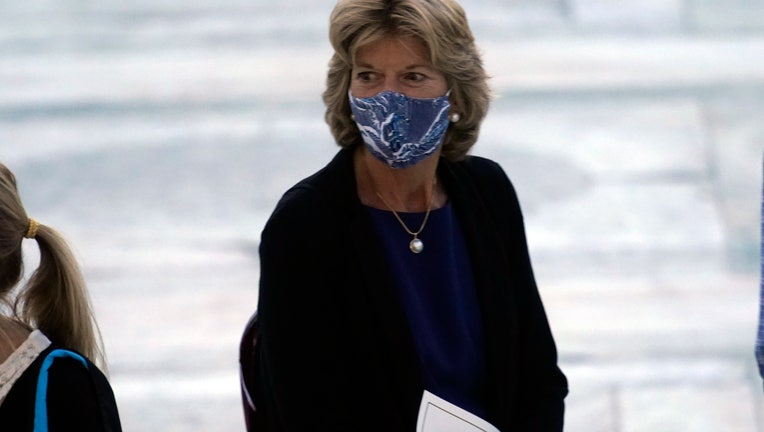 Sen. Lisa Murkowski, R-Alaska, pays respects as Justice Ruth Bader Ginsburg lies in repose under the Portico at the top of the front steps of the U.S. Supreme Court building on September 23, 2020 in Washington, DC. (Photo by Andrew Harnik-Pool/Getty

The Alaska Republican had been a rare holdout on Barrett, decrying that her nomination had proceeded so close to a presidential election. Even though Barrett appears to have support for confirmation from Senate Republicans who hold the majority in the chamber, Murkowksi's vote now gives Trump's nominee additional backing.

Mukowski announced her support for Barrett in a speech during Saturday's session. "While I oppose the process that has led us to this point, I do not hold it against her," she said.