An autonomous shuttle is heading to Northern Virginia and now future passengers can get a feel for what it will look like.

FAIRFAX COUNTY, Va. (FOX 5 DC) - An autonomous shuttle is heading to Northern Virginia and now future passengers can get a feel for what it will look like.

Dominion Energy announced Thursday that they’ve selected an EZ10 model, made by a company called EasyMile, to ferry passengers between the Dunn Loring Metro Station and the Mosaic District in Fairfax County, which are about one mile apart.

Officials said the EZ10 has already been deployed in 25 countries, will hold up to 12 passengers, and has a full set of sensors, cameras, and GPS for safety. It’ll run on regular roads next to regular cars, Fairfax County officials previously explained.

Potential passengers who talked to Fox 5 DC Thursday expressed a mix of intrigue and skepticism. 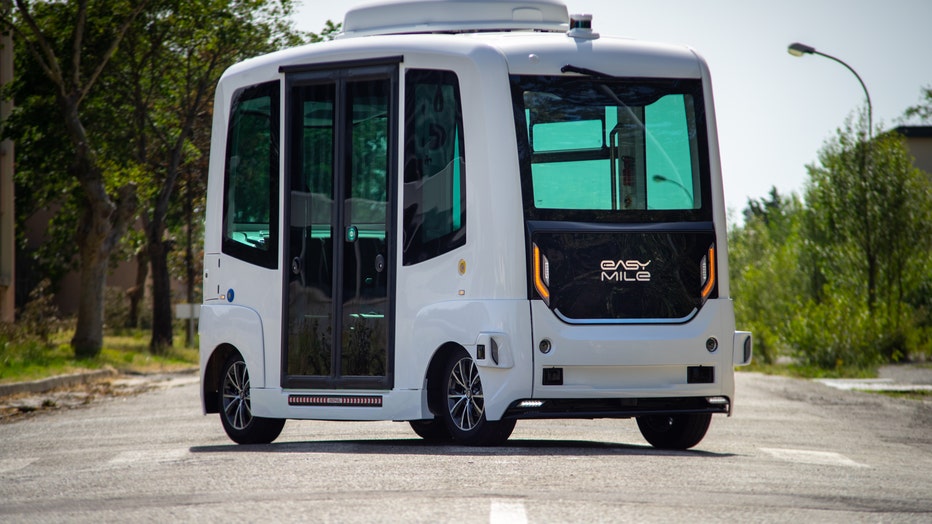 “I’d be really nervous about that,” one Metro rider said when shown video of the EZ10.

“I’m definitely skeptical, don’t get me wrong, but I’m open to it,” another person said.

Added another, “At the end of the day we just want to see people come back home.”

There’s no set date for when the shuttle will be up and running but officials said sometime in 2020 is possible.