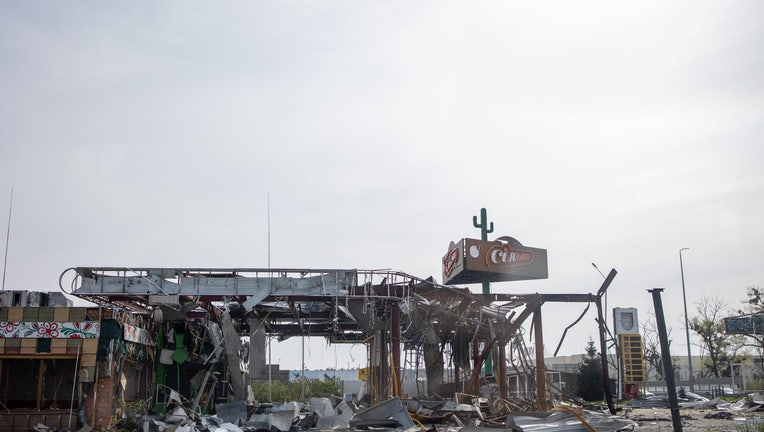 KYIV, Ukraine - A Russian soldier went on trial in Ukraine on Friday for the killing of an unarmed civilian, marking the first time a member of the Russian military has been prosecuted for a war crime during the 11-week conflict.

A 21-year-old captured member of a tank unit is accused of shooting a 62-year-old Ukrainian man in the head through an open car window in the northeastern village of Chupakhivka during the first days of the war.

Scores of journalists and cameras packed inside a small courtroom at the Solomyanskyy district court in Kyiv, where the suspect, Sgt. Vadim Shyshimarin, sat in a glassed-off area wearing a blue and grey hoodie, sweatpants and a shaved head.

He faces up to life in prison under a section of the Ukrainian criminal code that addresses the laws and customs of war. Ukraine’s top prosecutor, with help from foreign experts, is investigating allegations that Russian troops violated Ukrainian and international law by killing, torturing and abusing possibly thousands of Ukrainian civilians.

Friday's initial proceedings in Shyshimarin's case were brief. A judge asked him to provide his name, address, marital status and other identifying details. He also was asked whether he understood his rights, quietly replying "yes," and if wanted a jury trial, which he declined.

The judges and lawyers discussed procedural matters before the judges left the courtroom and then returned to say the case would continue on May 18.

Defense attorney Victor Ovsyanikov acknowledged that the case against the soldier is strong but said the court would make the final decision over what evidence to allow. Ovsyanikov said Thursday that he and his client had not yet decided how he will plead.

After Friday's hearing, Ovsyannikov said he was assigned to defend Shishimarin as a lawyer for the Center for Free Legal Aid. His client "certainly knows all the details" of what he’s accused of, Ovsyannikov said. The lawyer would not detail his defense strategy.

As the inaugural war-crimes case in Ukraine, Shyshimarin’s prosecution is being watched closely. Investigators have been collecting evidence of possible war crimes to bring before the International Criminal Court in The Hague.

Prosecutor General Iryna Venediktova's office has said it is looking into more than 10,700 potential war crimes involving more than 600 suspects, including Russian soldiers and government officials. 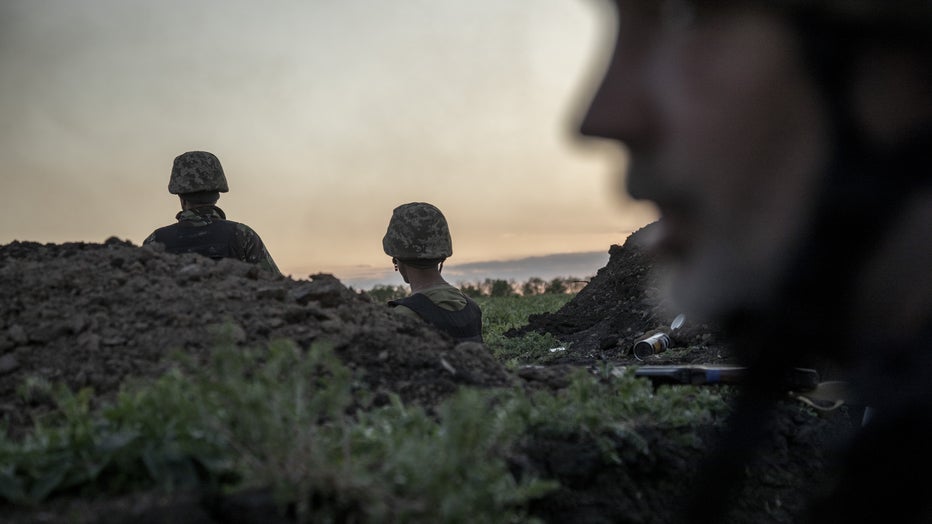 CHERKASKE, DONETSK PROVINCE, UKRAINE, MAY 3: Ukrainian servicemen are seen in the trenches as fighting against Russian troops continues near to the Cherkaske City, on eastern Ukraine, May 3, 2022. (Photo by Narciso Contreras/Anadolu Agency via Getty

Many of the alleged atrocities came to light last month after Moscow’s forces ended their bid to capture Kyiv and withdrew from around the capital, exposing mass graves and streets and yards strewn with bodies in towns such as Bucha.

Volodymyr Yavorskyy, coordinator at the Center for Civil Liberties in Kyiv, one of Ukraine’s largest human rights groups, said activists will monitor the Russian soldier’s trial to ensure his legal rights are protected. It can be difficult, he said, to maintain the neutrality of court proceedings during wartime.

The observance of the trial's rules and norms "will determine how similar cases will be handled in the future," Yavorskyy said.

"It is surprising that a suspect in war crimes has been found and the trial for him will take place. Charges of this kind are usually made in absentia," he said. "This is a rare case when in a short time we managed to find a soldier who violated international rules of warfare."

Russia is believed to be preparing similar trials for Ukrainian soldiers, Yavorskyy said.

Vadim Karasev, an independent Kyiv-based political analyst, said it’s important for Ukrainian authorities "to demonstrate that the war crimes will be solved and those responsible will be brought to justice in line with international standards."

Over the past week, Venediktova, her office and the Security Service of Ukraine, the country's law enforcement agency, have posted a few details from the investigation into Shyshimarin's alleged actions on their social media accounts.

On Feb. 28, four days after Russia invaded Ukraine, Shyshimarin was among a group of Russian troops that fled Ukrainian forces, according to Venediktova's Facebook account. The Russians allegedly fired at a private car and seized the vehicle, then drove to Chupahivka, a village about 200 miles east of Kyiv.

On the way, the prosecutor-general alleged, the Russian soldiers saw a man walking on the sidewalk and talking on his phone. Shyshimarin was ordered to kill the man so he wouldn't be able to report them to Ukrainian military authorities. Venediktova did not identify who gave the order.

Shyshimarin fired his Kalashnikov rifle through the open window and hit the victim in the head.

"The man died on the spot just a few dozen meters from his house," Venediktova wrote. 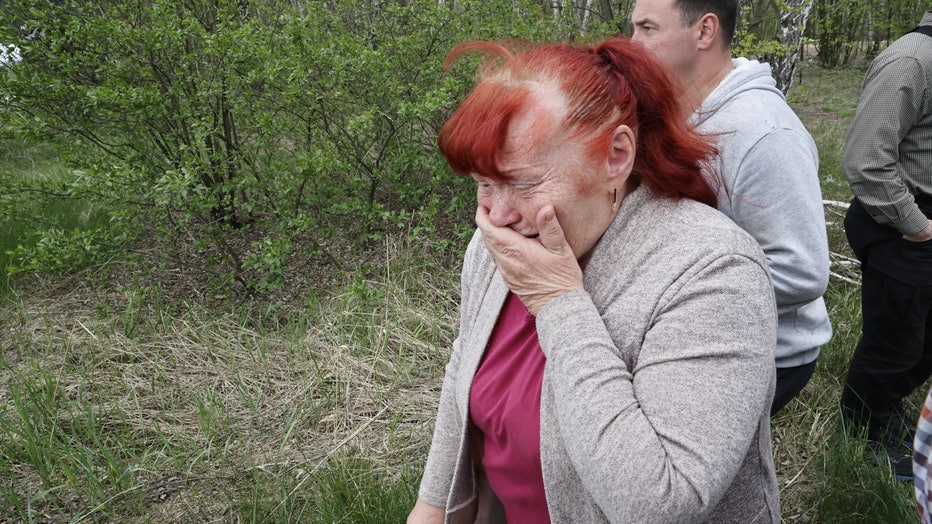 BUCHA, UKRAINE - MAY 04: Relatives of a dead person arrive to indetify the person as police officers inspect the dead body of a man after revealing it from Russian positions in Bucha, located 15 kilometers from Kyiv, Ukraine on May 04, 2022. (Photo b

The Security Service of Ukraine, known as the SBU, posted a short video on May 4 of Shyshimarin speaking in front of camera and briefly describing how he shot the man. The SBU described the video as "one of the first confessions of the enemy invaders."

"I was ordered to shoot," Shyshimarin said. "I shot one (round) at him. He falls. And we kept on going."

Asked Friday about the trial, Kremlin spokesman Dmitry Peskov said, "I don’t have any information about this trial and this incident."