A Montgomery County pet shop has lost its license after a FOX 5 investigation.

ROCKVILLE, Md. (FOX 5 DC) - The City of Rockville has yanked the license of a pet shop it says is operating in violation of state law.

Just Puppies was highlighted in a recent FOX 5 report that showed several Maryland pet stores are still selling puppies despite a law that took effect in January banning the practice due to puppy mill concerns.

A spokesperson for the city said Just Puppies was notified that its license was voided last week. But on Thursday, it appeared the store was still operating and taking customers by appointment.

An attorney for Just Puppies and Charm City Puppies in Columbia has argued the shops can legally sell to customers if the customers make an appointment first. 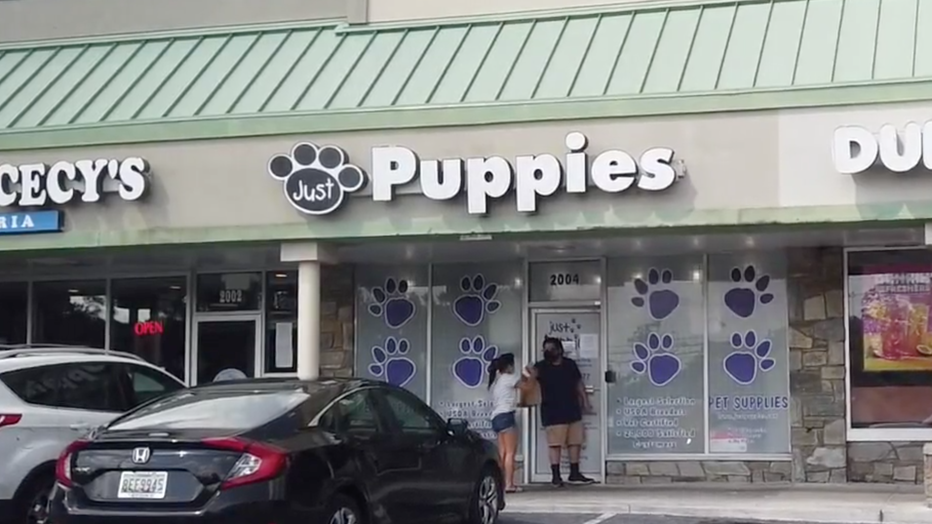 However, a spokesperson for the Maryland Attorney General’s Office told FOX 5 in August, “the Maryland statute prohibits pet stores from selling cats and dogs to the public, no matter what method they use.”

Through an open records request, FOX 5 obtained multiple complaints to the attorney general’s office about pet stores still selling dogs. The stores responded to the complaints by stating they were selling by appointment only and the complaints were closed.

When asked for clarification on why complaints were closed, a spokesperson for the attorney general, Raquel Coombs, said that in the mediation process, the complainants did not follow up.

“This does not impact any investigation that may or may not be occurring,” said Coombs.

Sen. Ben Kramer (D-Montgomery Co.) who sponsored the legislation banning the sale of dogs and cats, said what’s happening is a clear violation of the law.

He said while there should be no loophole that allows stores to keep selling, he will introduce additional legislation on the issue next session