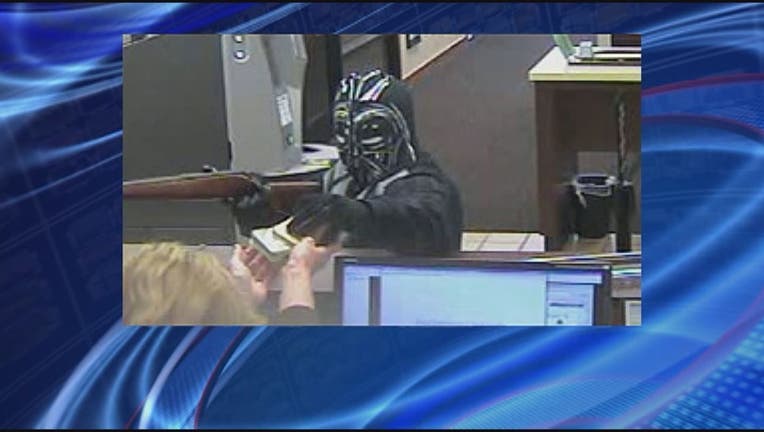 Police are on the hunt for an unusual suspect in North Carolina - Darth Vader.

The thief went all the way with the disguise by sporting a chest plate and gloves similar to those worn by the famed "Star Wars" character.

It's unclear how much money was taken.

Police say the robber managed to escape in a Chevy Suburban SUV. They are still looking for him.