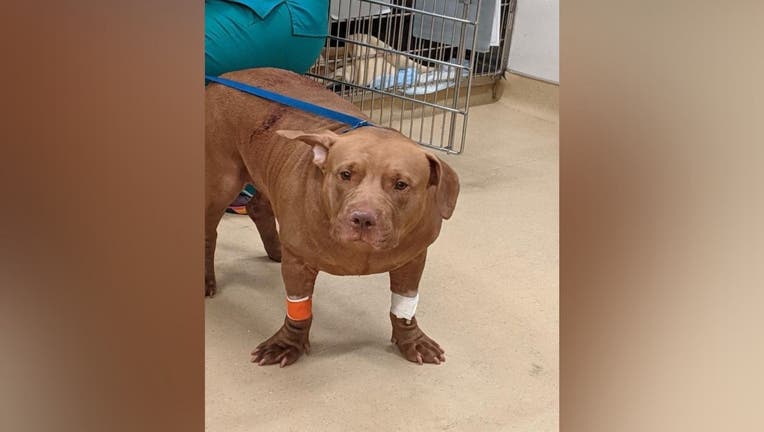 WASHINGTON - A $5,000 reward is being offered as part of an investigation into the case of a dog who was stabbed "at least 10 times" in Southeast D.C.

The Human Rescue Alliance says the money will go to information that leads to the identification, arrest and conviction of whomever was involved in the incident.

The agency responded on Thursday after the dog – who’s named "Cash" – wandered from his backyard and then returned home with wounds on his back and his backside.

The dog was transferred to another facility for emergency care. After surgery, they say Cash is recovering and doing well.