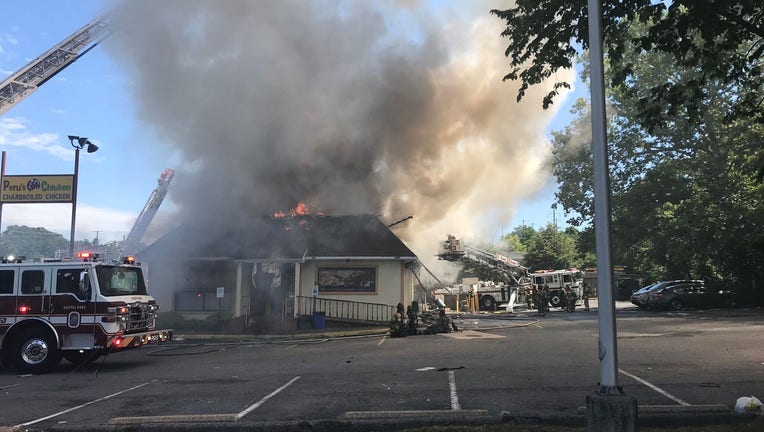 Nobody was hurt during the fire at Peru's Chicken at 9001 Annapolis Road in West Lanham Hills, but the blaze did force officials to shut down traffic on the street in both directions.

Firefighters also tweeted out a video with one witness account: