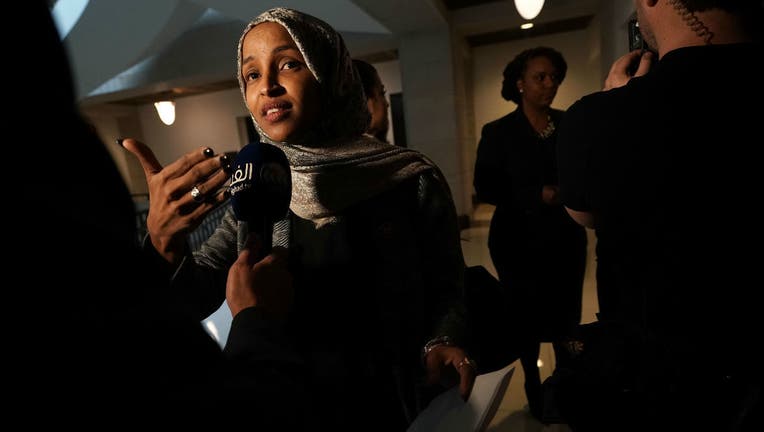 Last week, the Israeli government said it will now allow Omar and Tlaib to enter the country for its planned visit.

The two freshmen congresswomen support the Palestinian-led boycott movement and have been publicly critical of Israel’s treatment of the Palestinians. Tlaib's family emigrated to the United States from the West Bank.

Soon after the decision, Omar released a statement calling her barring an “affront” and accusing the nation of implementing a “Muslim ban” similar to President Donald Trump’s.

“Trump’s Muslim ban is what Israel is implementing, this time against two duly elected Members of Congress. Denying entry into Israel not only limits our ability to learn from Israelis, but also to enter the Palestinian territories. Sadly, this is not a surprise given the public positions of Prime Minister Netanyahu, who has consistently resisted peace efforts, restricted freedom of movement of Palestinians, limited public knowledge of the brutal realities of the occupation and aligned himself with Islamophobes like Donald Trump,” she said in the statement.

In a statement released on Twitter Thursday, Prime Minister Benjamin Netanyahu said Omar and Tlaib were violating Israeli law prohibiting “the entry into Israel of those who call for and work to impose boycotts on Israel, as do other democracies that prohibit the entry of people who seek to harm the country.”

Netanyahu said the congresswomen’s itinerary showed their “sole objective is to strengthen the boycott against us and deny Israel’s legitimacy.”

He said the destination for their trip is Palestine and not Israel and that they did not request to meet with any Israeli officials.

“The itinerary of the two Congresswomen reveals that the sole purpose of their visit is to harm Israel and increase incitement against it,” Netanyahu said in the statement.