U.S. Army transfers the remains of Spc. Antonio I. Moore

WILMINGTON, N.C. - The flag-draped coffin of Spc. Antonio I. Moore, 22, of Wilmington, arrived at Dover Air Force Base on Tuesday.

Spc. Moore was deployed to Syria as a part of Operation Inherent Resolve. 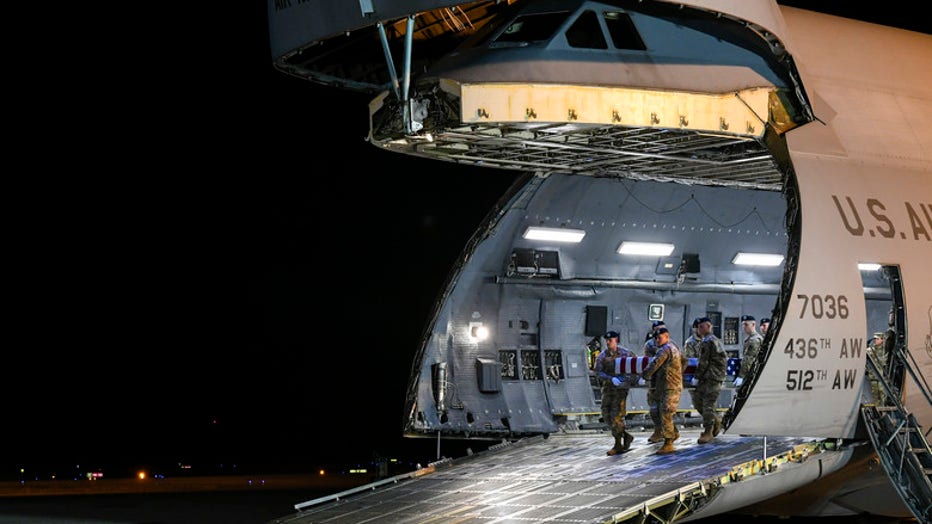 This week, Gov. Roy Cooper ordered that all U.S. and North Carolina flags at state facilities be lowered to half-staff in honor of Spc. Moore.

“Our hearts are heavy with the tragic loss of Wilmington native Spc. Antonio I. Moore. We’re honored by his selfless service to this country and are praying for his loved ones and fellow soldiers in the 363rd Engineer Battalion,” Cooper said in a news release.

Flags are to remain at half-staff through sunset on Feb. 2.

Spc. Moore is survived by his parents and three siblings. Details have not yet been released on his funeral plans.

According to military officials, about 750 U.S. troops are currently in eastern Syria.