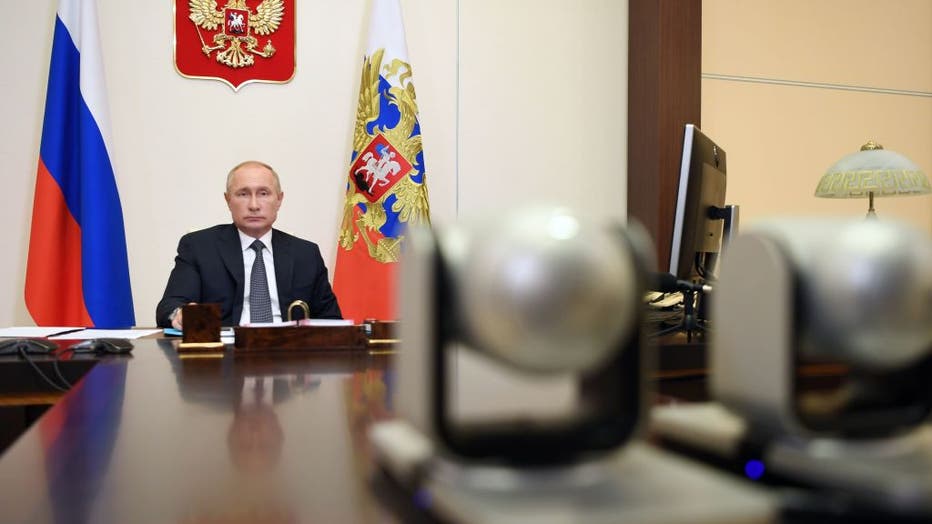 With COVID-19 cases rising at over 15,000 a day, the country's health agency ordered all Russians to wear masks in crowded public spaces, including public transport, and in closed spaces like taxis and elevators.

The agency also suggested that bars and restaurants close between 11 p.m. and 6 a.m., Reuters reported.

The measures come as Deputy Prime Minister Tatiana Golikova on Wednesday told Putin and other senior government officials that the country is facing a critical situation as coronavirus cases continue to surge.

Golikova said hospital beds in 16 Russian regions were at more than 90% capacity, the outlet reported.

Doctors in the Kurgan region -- about 1,220 miles east of Moscow -- called on Putin to send help last week, saying there was a critical shortage of hospital space and staff, according to the outlet.

In response, the defense ministry said in a statement obtained by Russian news agencies that it will send army medics to help the region.

Russia, which has world's fourth highest tally of confirmed COVID-19 cases, with 1.5 million, is still resisting a full second lockdown like the one imposed across the country earlier this year.