When asked about the issue of large teen gatherings at National Harbor, a Prince George’s County Police spokesperson told FOX 5 on Friday that officers have “responded to 15-20 parties” since June.

NATIONAL HARBOR, Md. (FOX 5 DC) - When asked about the issue of large teen gatherings at National Harbor, a Prince George’s County Police spokesperson told FOX 5 on Friday that officers have “responded to 15-20 parties” since June and that “juveniles have confirmed that parents or older friends rent the rooms for them.”

On Thursday, Prince George’s County Executive Angela Alsobrooks took time out of a scheduled COVID-19 news conference to address an issue of “Super large groups” “in the thousands” gathering and invading the National Harbor area. Fights have been reported. The gatherings have also caused disruptions for business owners.

“These young people have created an environment that is not necessarily conducive to the business that is there. We have had reports of fights. Large groups of people that are there overtaking businesses with juveniles, there have been increased thefts, hotel parties hosted by parents for underage children who they leave in those hotel rooms,” Alsobrooks said.

In addition to renting rooms, the county leader also said parents were dropping off their children to hang out at National Harbor. She also said teens were taking their own rideshare there. FOX 5 was told the larger problem persisted over the summer.

A source who asked to not be identified shared video and photos of what the National Harbor area looked like just two weekends ago. That source and others in the area said on Friday large teen gatherings are still an issue. 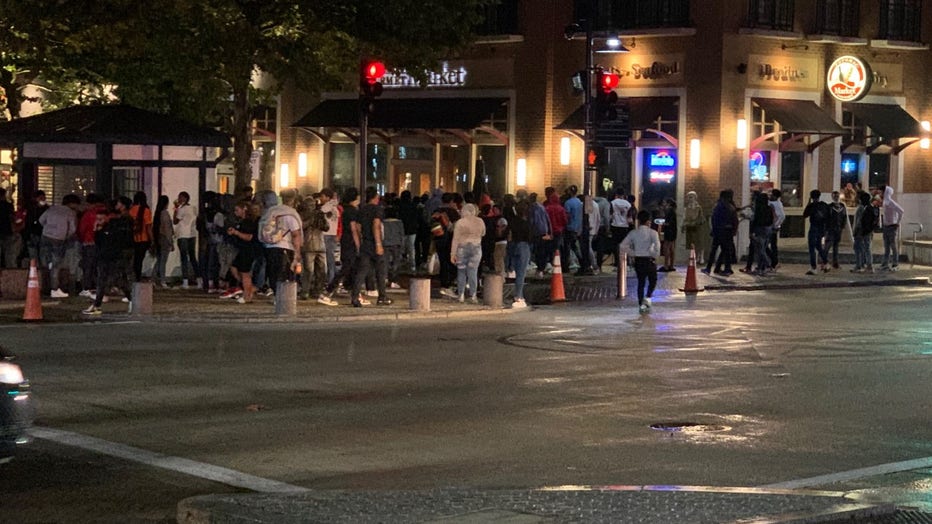 The images show a large group of young people crowding the plaza area between the shops and restaurants at National Harbor on September 26th – about two weekends ago.

“By working together with our hotels and the county, there have been many lessons learned.  The County Executive, Prince George’s County Police and Health Departments have been extremely helpful in curtailing the activities of youth looking for something to do while daily school interaction and extracurricular activities are not available as a result of COVID-19.  This spirit of collaboration and cooperation continues to educate parents and youth alike on safe practices.”

“I do remember having a customer come in. A parent –– and she told me that she rented a room for her daughter, her teenage daughter, and two of her friends. And it kind of struck me strange…” said Jaqi Wright, co-owner of The Furlough Cheesecake. To be clear, Wright did not say she had any trouble inside their business. She does recall young people running around outside when they opened a few months ago.

“I mean you come to eat, that’s fine, to shop, but just to hang out. It’s just –– it’s just an invitation for something to go on without parental supervision. That bothers me, as a parent,” Wright added.

Her niece tells FOX 5 she saw a confrontation involving a large group of young people outside of the National Harbor CVS last weekend.

“It’s saddening just because when I was their age, we could go to the mall, or we could go to Dave and Busters, we had things we can do,” Deja Howard told FOX 5.

Crystal Coston is a resident at National Harbor, “I first thought a couple of months ago, I thought oh it’s great that because of COVID and school is out, children can hang out here, but it has multiplied over time. It’s multiplied and I came down the last couple of Saturdays, I turned around and went back into the house,” she said. She still believes National Harbor is a great place for everyone to enjoy … in moderation. 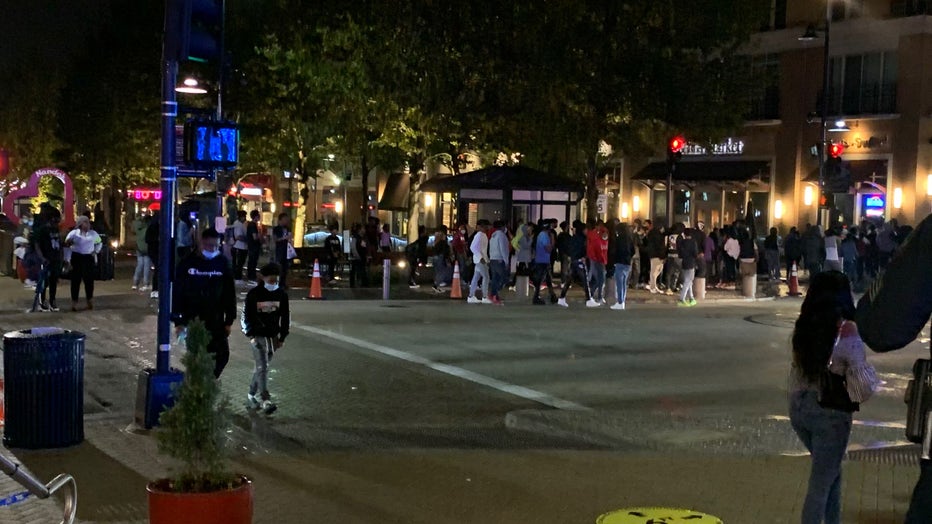 Alsobrooks says county leadership – along with its COVID-19 Ambassador Compliance Team – has set itself the task of bringing these kinds of nuisance incidents to a halt.

A county official tells FOX 5 that compliance team has met with the six hotels at National Harbor, which have increased their staff. The hotels, we’re told, are also asking guests more about their reason for stay.

In the meantime, she says there are a number of steps parents can take to help curb the problem – including refraining from taking out hotel rooms for their children to party in without supervision.

“It is important to remember that the National Harbor is a project that we all enjoy, but it is a business. It is not a playground. It is not an amusement park,” she said.

Alsobrooks added that, as a parent with a 15-year-old child, it “pains” her to restrict children’s fun. But she believes the county is in the process of providing other activities for children.

Prince George’s County Police confirm no juveniles or parents have been charged in connection with the teen gatherings.