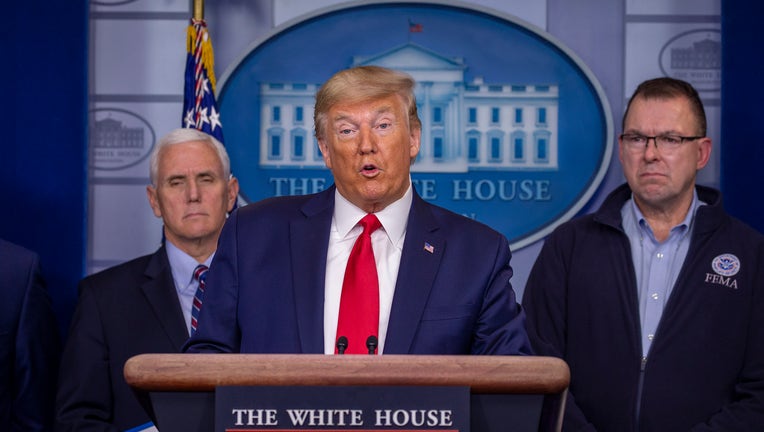 The president has agreed to send a massive Navy hospital ship to Los Angeles to deal with the area's surge of coronavirus patients.

The USNS Mercy -- one of the Navy's two 1,000-bed hospital ships -- should arrive to the Port of Los Angeles next week, officials said. The ship is currently in Seattle.

Trump also said Sunday that he would approve "very quickly ... maybe tonight'' California's request for a major disaster declaration to deal with the worsening COVID-19 outbreak. Similar declarations were approved for New York and Washington state.

The president also approved California's activation of the National Guard to help with distribution of supplies and other needed relief efforts, but officials stressed that state officials would be in charge.

Los Angeles County saw its largest one-day jump yet in the number of confirmed COVID-19 cases Sunday, with 71 more patients and one additional death reported.

Meanwhile, for New York an additional 1,000 hospital beds are on the way.

Trump is also revealing for the first time the number of respirators and other personal protective equipment sent to the hard-hit states by the federal government. It comes as state and local leaders have appealed on the federal government to provide far more, and as Trump has held off on using his fully authorities under the Defense Production Act to marshal the private sector’s capabilities.

The president says it’s up to states to try to get the materials first. He says: “We’re sort of a backup for states.”

Trump says he’s also giving governors in those three states in calling up their national guard, keeping it under local control but providing federal funding.