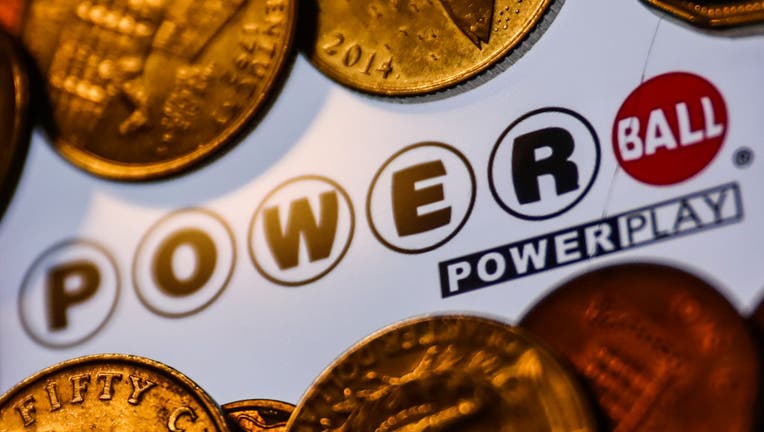 Powerball logo displayed on a phone screen and coins are seen in this illustration photo taken in Krakow, Poland on June 14, 2022. (Photo illustration by Jakub Porzycki/NurPhoto via Getty Images)

The Powerball prize has grown to $610 million after no one won the jackpot in Saturday night's drawing.

In order to win the grand prize, all five numbers plus the number of the Powerball must be matched. Lesser prizes are available for lesser matches.

The estimated $610 million prize is in the top 10 highest Powerball jackpots ever. If no one wins this next drawing, it will grow even higher.

The Powerball jackpot was last won on August 3, when a ticket in Pennsylvania matched all five white balls and the red Powerball to win a $206.9 million jackpot. Since then, the game has had 33 drawings in a row without a grand prize winner, lottery officials said.

Powerball is one of the largest multi-state lottery Games played in the USA. It is played across 45 states including, Washington DC, Puerto Rico, and US Virgin Island.

Jackpot winners may choose to receive their prize as an annuity, paid in 30 graduated payments over 29 years, or a lump sum payment. Both options are subject to taxes.

Powerball tickets are $2 per play.