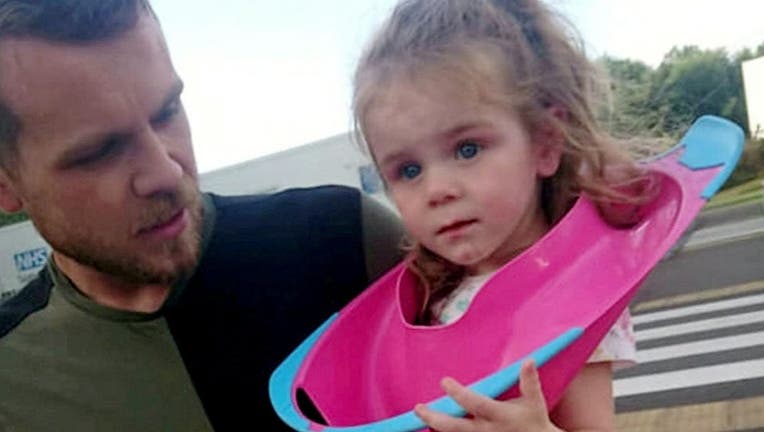 Two-year-old Josie was rushed to the emergency room to remove the toilet seat from her head. (SWNS)

Talk about a stinky situation.

A 2-year-old girl in Somerset, England, was rushed to the emergency room after she got her potty-training toilet seat stuck on her head, her father told SWNS.

Earlier this month, Scott Webber, 28, said he had just finished dinner with his daughter Josie when she went to use the restroom. Moments later, the young girl began yelling for help. Webber then found Josie with a bright pink toilet seat around her neck.

At first, he thought Josie was joking around and told her to take the seat off. But it was stuck.

"I couldn’t believe it when I saw what she’d done,” he told SWNS. "I thought it would just come off but her ears kept getting in the way and she was getting so mad at me.” 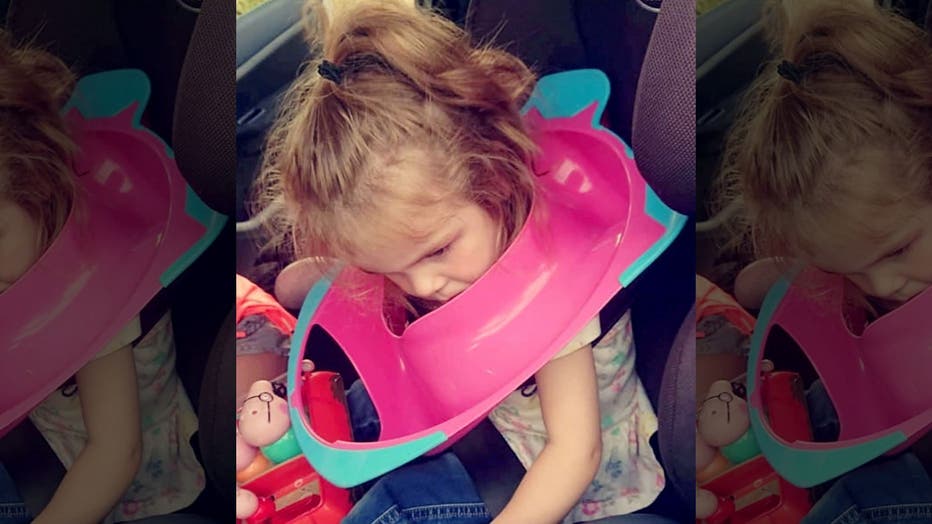 Josie did not suffer any injuries. (SWNS)

Each time Webber tried to remove it, she said it hurt her, ultimately forcing him to take Josie to the emergency room at Minehead Community Hospital in Somerset.

When they arrived, everyone was staring at them, the dad recalled.

"I don’t blame them, but one woman did start laughing and Josie didn’t like it one bit,” Webber said. "She [Josie] shouted at them ‘It’s not funny’ — but I think we can all agree it was." 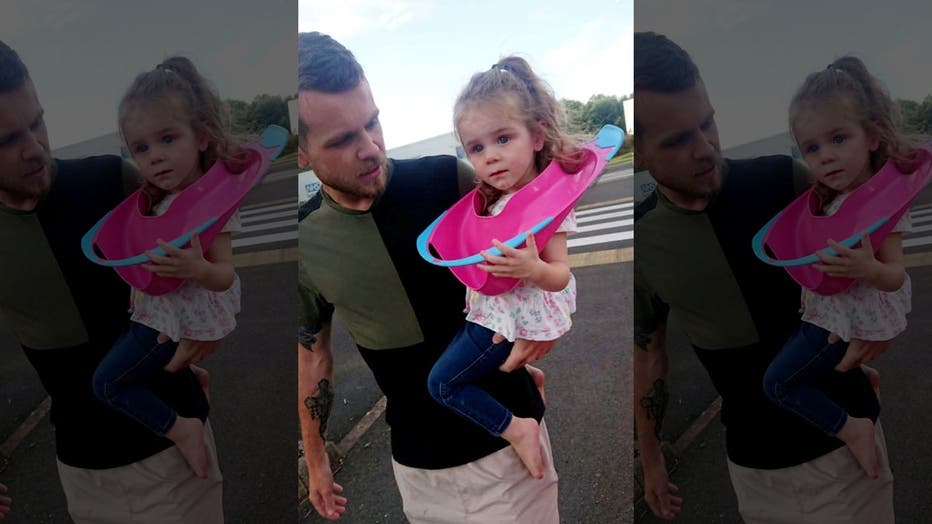 "I thought it would just come off but her ears kept getting in the way and she was getting so mad at me," her father said.  (SWNS)

Medical professionals successfully removed the seat by taping down Josie’s ears and sliding it over her head.

Webber said his family has since joked that the young girl takes after him and has a “big head."

"It’s always been a running joke so my mates find it extra funny that this happened to Josie,” he said. “She’s never going to live this one down, those photos will haunt her forever.” 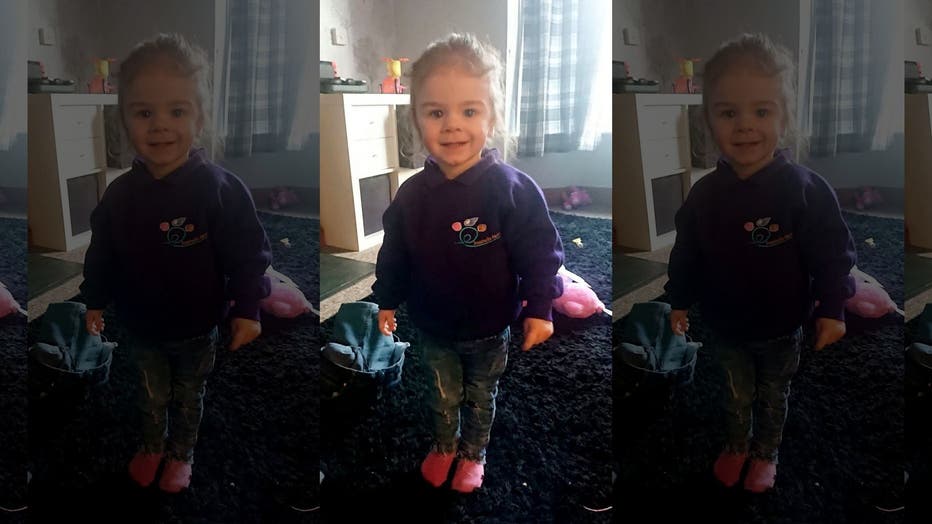 "We’ll make sure to remind her of this when she turns 18 and has her first boyfriend," Webber said. (SWNS)

"We’ll make sure to remind her of this when she turns 18 and has her first boyfriend,” he added.

Webber — who purchased another seat that is too small for Josie to put her head through — said the 2-year-old now, too, laughs at the incident.

"She loves telling people about it now,” he said. "She’s just a crazy kid.”

Get more on this story at FOXNews.com.