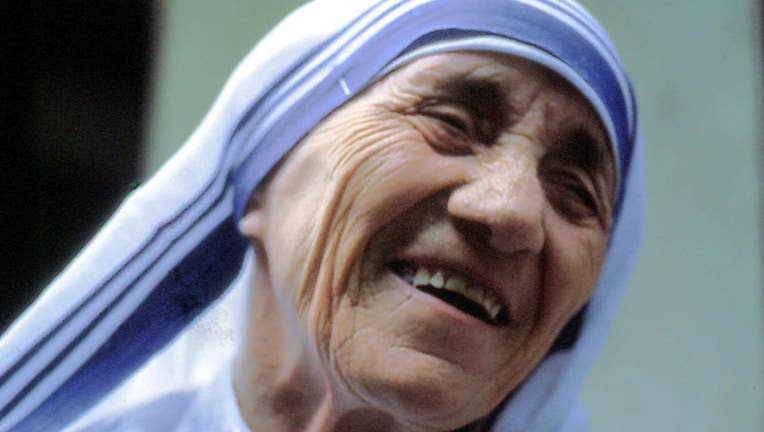 VATICAN CITY (AP) -- Mother Teresa will be made a saint on Sept. 4.

Pope Francis set the canonization date Tuesday, paving the way for the nun who cared for the poorest of the poor to become the centerpiece of his yearlong focus on the Catholic Church's merciful side.

The announcement was expected after Francis in December approved a second miracle attributed to Mother Teresa's intercession -- the final hurdle to make her a saint. The actual date falls on the eve of the 19th anniversary of her death.

In Kolkata, the eastern Indian city where Mother Teresa spent decades caring for the sick and homeless, there were joyous celebrations at a school and orphanage founded by her in 1949.

"The news of Mother's sainthood is a matter for joy. But Mother Teresa is already like God to us," said Jyotsna Patra, one of the early students of the school, now in her mid-50s.

Archbishop Thomas D'Souza conducted a special Mass on Tuesday, while the nuns of her order, the Missionaries of Charity, held prayers at her tomb.

"Mother Teresa's canonization means that the Mother's message will become better known," said Sister Christi, one of the senior nuns at the Kolkata headquarters of the order.

The Vatican ceremony will draw tens of thousands to honor the tiny, stooped nun who was fast-tracked for sainthood just a year after she died in 1997. St. John Paul II, who was Mother Teresa's greatest champion, beatified her before a crowd of 300,000 in St. Peter's Square in 2003.

Born Agnes Gonxha Bojaxhiu on Aug. 26, 1910, in Skopje, Macedonia, Mother Teresa joined the Loreto order of nuns in 1928. In 1946, while traveling by train from Kolkata to Darjeeling, she was inspired to found the Missionaries of Charity order.

The order was established four years later and has since opened more than 130 houses worldwide to provide comfort and care for the needy, dying, sick and "poorest of the poor."

Mother Teresa won the Nobel Peace Prize in 1979 for her work with Kolkata's destitute and ill -- work which continued even after she herself became sick. She died on Sept. 5, 1997, at age 87. At the time, her Missionaries of Charity order had nearly 4,000 nuns and ran roughly 600 orphanages, soup kitchens, homeless shelters and clinics.

"She built an empire of charity," said the Rev. Bernardo Cervellera, editor of the Vatican-affiliated missionary news agency AsiaNews. "She didn't have a plan to conquer the world. Her idea was to be obedient to God."