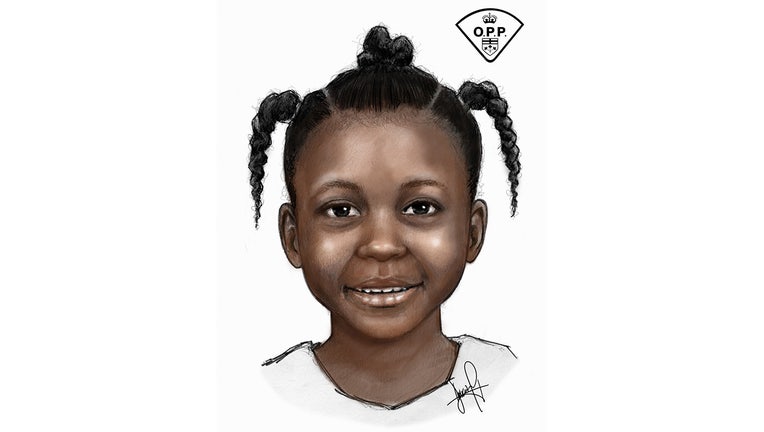 Composite sketch of the girl, via Toronto Police Service

TORONTO - A little girl whose body was found in a Toronto dumpster last month was likely never reported missing, the head of the city’s homicide squad said Tuesday.

The remains of a Black girl, between 4 and 7 years old, were found in a construction bin outside a Dale Avenue home in Toronto’s wealthy Rosedale neighborhood on May 2.

Police have gone through numerous tips that came in after they announced the discovery and released images of two items of clothing found with the girl’s remains, said Insp. Hank Idsinga.

The force also contacted lead detectives in every single missing children’s case in Canada – all 58 of them. Idsinga said there is no evidence to link any of those cases to the child found in the dumpster.

"We believe it is unlikely the child located on Dale Avenue has ever been reported missing," Idsinga said at a news conference.

On Tuesday, the force released two sketches of the girl, completed by an artist with Ontario Provincial Police who works with the coroner’s office.

"We have released composite sketches of the little girl in the hope that someone recognizes her," Idsinga said.

Idsinga cautioned the color sketch may not match the true skin tone of the girl, who investigators say is of African or mixed African descent.

"She has all of her teeth and has black curly hair sectioned into ponytails," Idsinga said.

Investigators are also looking for a dark-colored Porsche Cayenne SUV that "inexplicably" stopped outside the home five days before the girl’s remains were found, Idsinga said.

Toronto police released an image of the Porsche, which stopped by the dumpster on April 28 at 10:26 p.m.

Idsinga said they have been able to track the vehicle to and from the area and are now looking for the public’s help to identify it. 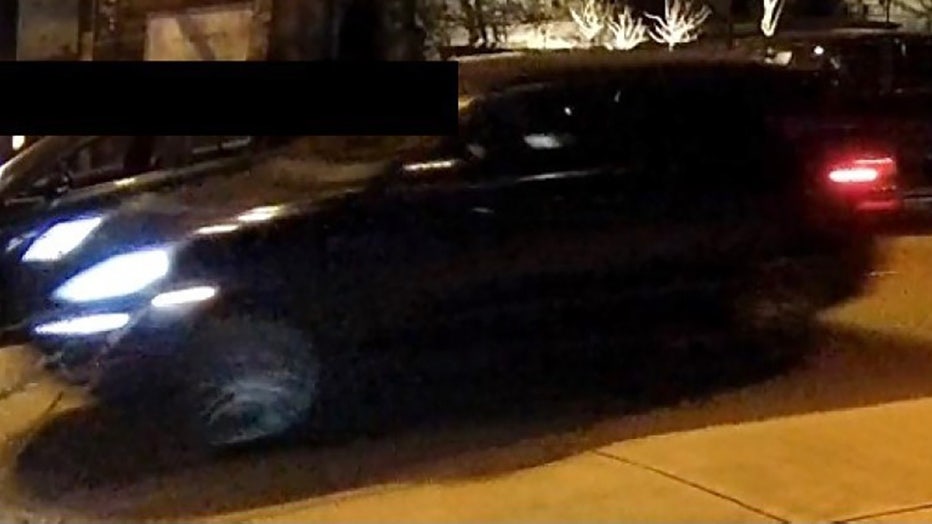 Security camera image of the vehicle of interest, via Toronto Police Service

"That car is literally captured on camera, on Dale Avenue, in the area of the dumpster, right in the timeframe that we believe the body was dumped there and inexplicably stops right by the dumpster for about 21 seconds," Idsinga said.

"So of course we want to identify this car. Maybe there’s a perfectly innocent explanation as to why it stopped there, but maybe not."

The girl’s body was found wrapped in a butterfly patterned baby blanket inside a plastic bag, which itself was wrapped in a burgundy and red blanket, investigators said last month.

Investigators believe the body was dumped in the days prior to being discovered, but the girl was dead long before and may have died as far back as last summer.

Idsinga said there is no obvious cause of death and that it will take some time to determine it – or it may remain undetermined.

He said police are awaiting toxicology results from the Centre of Forensic Sciences.

The discovery last month shocked the neighborhood – which is one of the wealthiest in the country – and sent investigators in search of missing children all over Canada and around the world.

Idsinga said eight of the missing 58 children have since been accounted for. Some of the missing have ended up overseas in parental abductions and custody battles, he said.

Local school boards reached out to police and went through their records to try to find anyone who might be missing, Idsinga said.

"The child might have been too young to be in the school system," Idsinga said.

"Perhaps the child was never in the school system even if they weren’t too young and so all of those angles have been getting worked on."