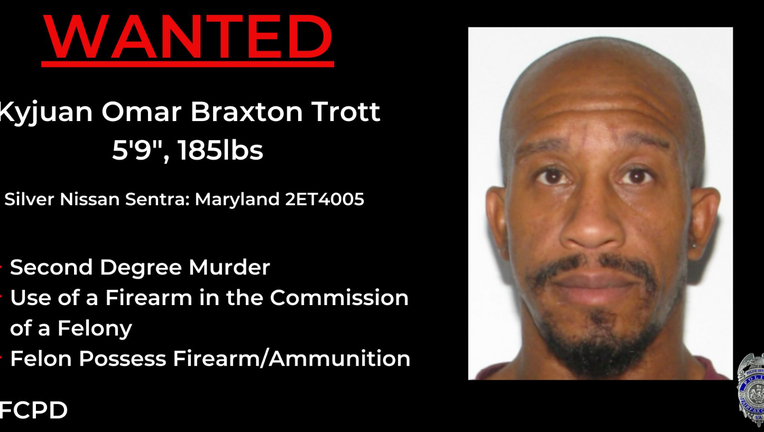 FAIRFAX COUNTY, Va. (FOX 5 DC) - Fairfax County Police are asking for the public's help searching for a wanted murder suspect after a shooting in Mount Vernon on Sunday.

Officers were called to the 5800 block of St Gregorys Lane in Mount Vernon around 7 a.m. Sunday for a report of gunshots.

While officers were responding, Brandon Wims, 31, of Maryland was dropped off at Mount Vernon Hospital suffering from gunshot wounds to the upper body. Wims was later transported to Fairfax Hospital, where he was pronounced deceased.

The driver of the vehicle drove to the Mount Vernon Hospital with Wims in the backseat, and police were called. Detectives continue to investigate the relationship between Trott and Wims.