FOX 5's Sierra Fox reports on the search for two suspects who robbed an Alexandria jewelry store in early May.

ALEXANDRIA, Va. - The two men accused of stealing thousands of dollars worth of rings from an Alexandria jewelry store earlier this month are still on the loose.

Alexandria police are asking the public to help find the thieves who stole five diamond rings from Today's Cargo in just two minutes. 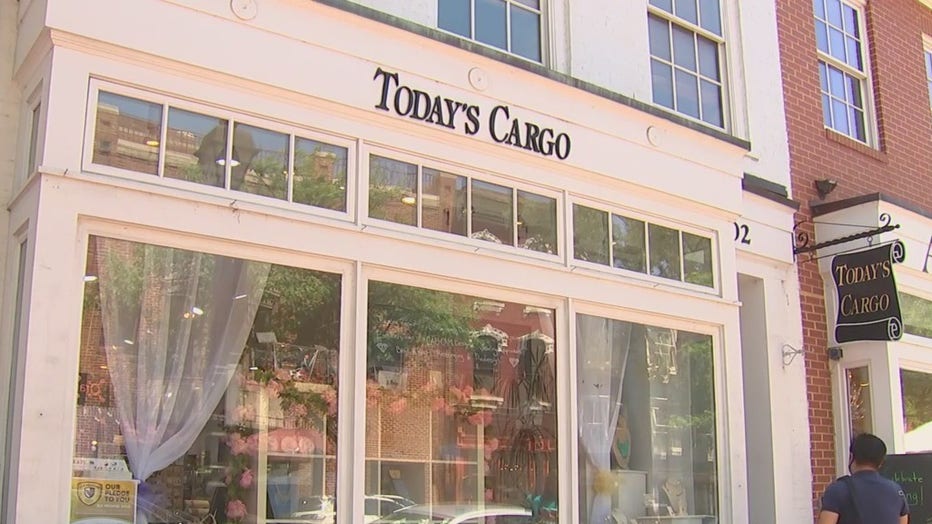 FOX 5's Sierra Fox spoke with Betty Hollis, a store associate, who says the looting began when they were busy and distracted.

Hollis said she felt "anger, a whole lot of anger" after the incident, but employees are now more aware of what they are doing.

Camera footage caught the thieves in the act around 2:30 in the afternoon on May 6.

The video shows the two men  – wearing masks, glasses, and headwear – acting like they're looking around the store before one of them walks behind the counter and begins snatching an entire row of silver and gold rings.

The man puts them in his pocket before the duo leaves inconspicuously.

Authorities say the most expensive ring stolen is worth $3,000 dollars. And the two robbers were also seen by witnesses at other jewelry stores nearby.

Today's Cargo says it's unfortunate people would target a small business during the pandemic.

"We’re a woman-owned business, and we’re basically a mom and pop except no pop," Hollis said.  "We’re trying to keep our head above water, so any theft is going to have a big impact."