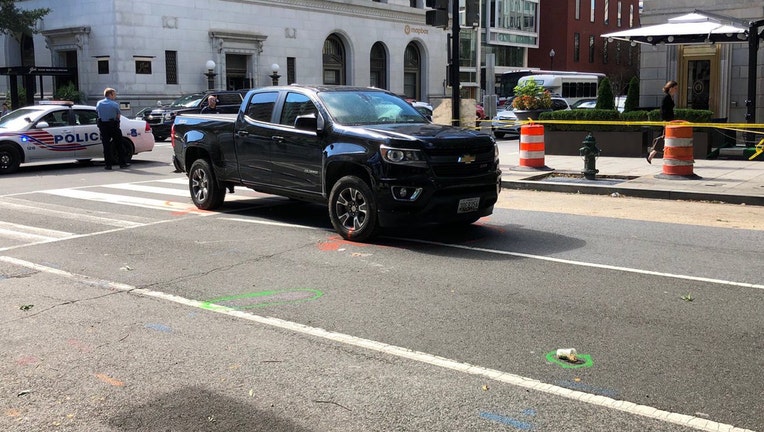 WASHINGTON - Officials say a 70-year-old North Carolina woman has died after she was struck and killed in Northwest D.C. Friday.

D.C. Police say Carol Tomason was walking westward in the crosswalk at the intersection of 15th and H Streets, Northwest when a Chevy pickup truck was making a left-hand turn onto 15th Street going northbound and struck her.

Investigators say D.C. Fire and EMS arrived and took Tomason to an area hospital, where she was later pronounced dead. The operator of the Chevrolet remained on the scene.

Anyone with information regarding this incident is requested to contact DC police at (202) 727-9099.