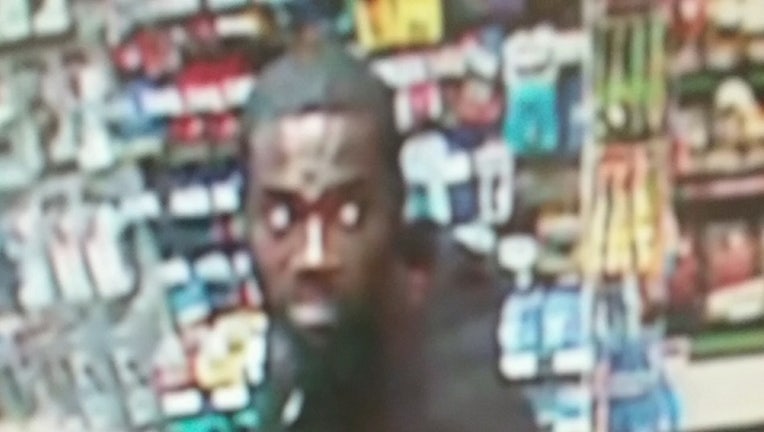 Police say a man walked in and asked for a pack of Newport cigarettes. Then, he asked for five more packs.

When the cashier told him the final cost, the man pulled a large knife from his pocket and tried to stab the cashier in the head.

Then, he hopped on the counter and continued stabbing the cashier in the head, neck, and shoulder.

The cashier fought back and knocked him off the counter onto the floor.

Then, the man dropped his black jacket and knife on the floor and ran out without taking anything.

The cashier is being treated at Hahnemann hospital and is listed in stable condition.

If you recognize the man in these surveillance pictures, please call police.