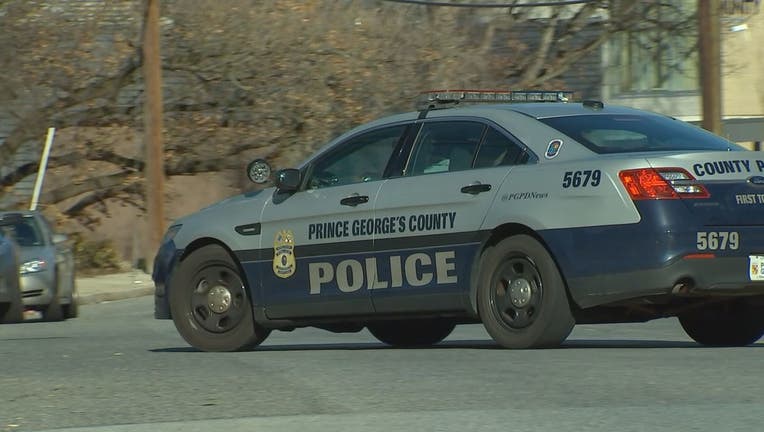 PRINCE GEORGE'S COUNTY, Md. (AP) - One of Maryland's largest police departments appears to routinely “rubber stamp” the use of force by officers who disproportionately wield it against Black citizens, a plaintiffs' expert said in a court filing Thursday for a lawsuit accusing the department of racial bias.

Data recently disclosed by Prince George's County show its police officers used force against Black or Hispanic people in 94% of 6,805 total incidents reported from Jan. 1, 2016 through 2019, the court filing says. Black residents account for approximately 64% of the county's population of nearly 1 million, while Hispanics account for nearly 20%. County data show 86% of its police department's use-of-force incidents were against Black civilians and 8% were against Hispanic civilians.

Michael Graham, an expert on police procedures, analyzed the data for civil rights groups that sued the county. The groups had claimed police officials have condoned racism and retaliated against Black and Hispanic officers who complained about white colleagues’ bigoted behavior. In Thursday's court filing, Graham said the police department concluded that officers were justified in using force in all but 15 of the 6,805 incidents.

“Based on the use of force reports produced, it appears that the command review is doing little more than giving rubber stamp approval to the use of force,” Graham wrote in an updated version of a report that was submitted in June.

Spokespeople for the county and police department didn’t immediately respond to an email seeking comment on Graham’s latest findings.

Hank Stawinski, who had served as the county's police chief since 2016, resigned in June on the same day that the plaintiffs' lawyers filed a redacted version of Graham's report. After accepting Stawinski's resignation, the county's top elected official formed a task force to examine areas to possibly reform the police department, including hiring, training and use-of-force policies.

County Executive Angela Alsobrooks acknowledged in June that there are “things that are broken in our police department."

“Whatever we find that is broken, I assure you that I will fix it,” she said.

In October 2017, Stawinski said the U.S. Justice Department was investigating allegations that the department’s employment practices discriminated against Hispanics and Blacks.

The American Civil Liberties Union of Maryland represents several current and former officers who sued the county and Stawinski in December 2018. The suit seeks unspecified monetary damages, including punitive damages, as well as a court order requiring the county to abolish racial discrimination within its police department.

Graham said county data shows 19 officers were responsible for 685 uses of force, a disproportionately large 10% of the total number reported. Fourteen of those 19 officers are white, he said.

Graham said he reviewed police reports covering 1,219 uses of force since Jan. 1, 2016, and didn't find a single instance in which a command officer did not concur that the use of force was reasonable. Instead, Graham said he found extensive evidence that the department has ”persistently and systemically failed to enforce its policies regarding civilian interactions, particularly complaints of racial bias.”

The Washington Post reported Tuesday that the police department’s early-warning system flagged an officer months before he fatally shot a man in handcuffs. Cpl. Michael A. Owen Jr. triggered the system by using force twice in quick succession last summer, but his supervisors hadn't been formally notified until January and didn't act before Owen killed William Green in the front seat of his police cruiser on Jan. 27, the newspaper reports.

Graham said he found “significant deficiencies" in the department’ early-warning system that failed to identify all officers who should be reviewed. “By underreporting, the Department has undermined the purpose of the reporting system, which is to identify officers before they become a problem to the community," he wrote.