FOX 5's David Kaplan reports on an attempted ATM robbery Friday morning in Clinton, Maryland that resulted in smoke showing from the machine.

PGPD responded to a commercial robbery around 4:45 a.m. in the 9800 block of Piscataway Road. The fire department was contacted to extinguish the ATM.

In surveillance photos shared with FOX 5, a few men appear to be walking into the store. One appears to have a gun, another is carrying a saw. Police say the men used the saw to cut open the store’s ATM. Police were not able to confirm how many suspects were involved. 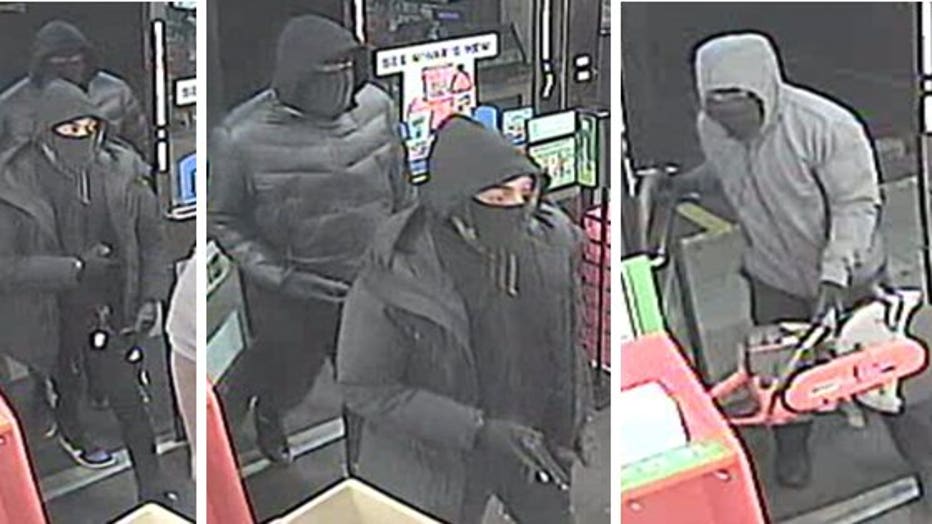 FOX 5 is told the men got away with an unknown amount of cash.

The residual smoke from cutting the ATM prompted the fire department to be called, but there was no serious damage.  The store was open when FOX 5 arrived back to the scene early Friday afternoon.

Customers said the incident was shocking.

"I think it’s so sad, man, because there are so many good things happening in PG county and when you look at people doing things like that that needs help," Prince George’s resident Dave Evans said.

The managers inside 7-Eleven declined to speak with FOX 5. We also reached out to 7-Eleven corporate for comment, but have not heard back.