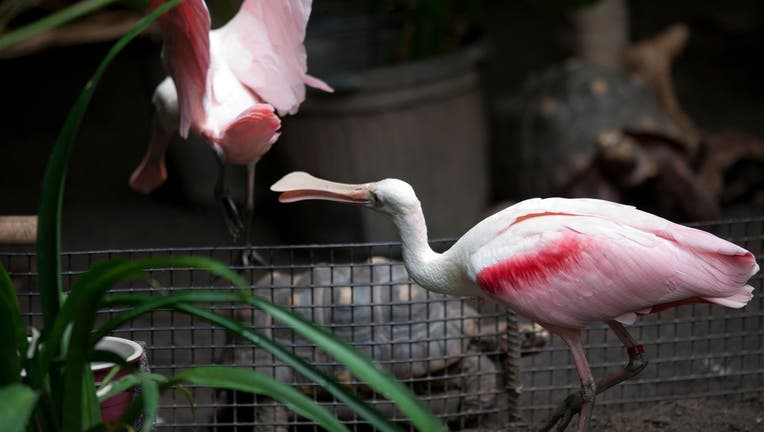 WASHINGTON - Residents in the greater D.C. region are reportedly seeing an exotic visitor these days.

According to the Washington Post, residents in the District, Maryland and Virginia are reporting sightings of the roseate spoonbill – a majestic bird known for its unusual bill, pink coloring and massive wingspan.

In North America, the spoonbill’s primary habitats are in southern Florida, coastal Texas and southwestern Louisiana, according to the Smithsonian.

Georgetown University’s Peter Marra told the Washington Post that such sightings in the mid-Atlantic region are unusual, but not unheard of.

In fact, the Post points out that they were seen as far north as Minnesota in 2018.

Sightings in urban D.C., the paper says, are quite rare. The Post suggested that a recent sighting in Kenilworth Aquatic Gardens may have been the first of its kind - at least outside of the National Zoo.

You can read more details on the Washington Post’s website.