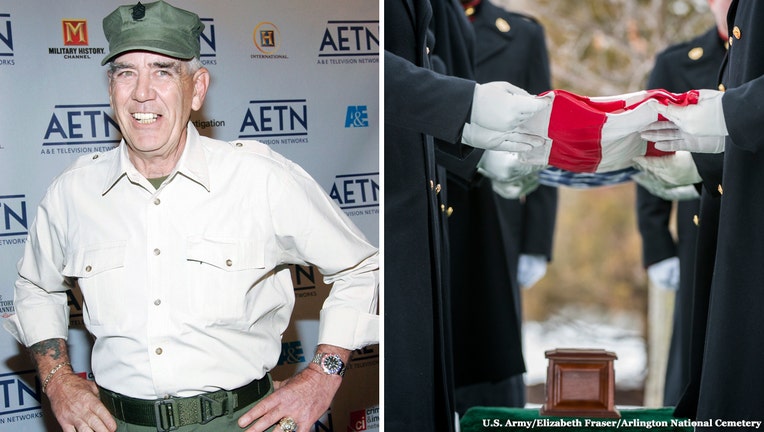 Ermey, who turned his experience as a Marine Corps drill instructor into a notable role in the Academy Award-nominated 1987 film "Full Metal Jacket," was laid to rest Friday morning.

Before Ermey veteran skyrocketed to fame for playing Gunnery Sergeant Hartman in "Full Metal Jacket," he served 11 years in the Marines, including a tour as a drill instructor, 14 months in Vietnam and then on Okinawa, where he was promoted to staff sergeant prior to being medically discharged in 1972 for injuries he received during his service, according to Stars and Stripes.

He went on to appear in several notable films including "Mississippi Burning," "Dead Man Walking," and "Toy Story," and hosted "Mail Call" on the History Channel.