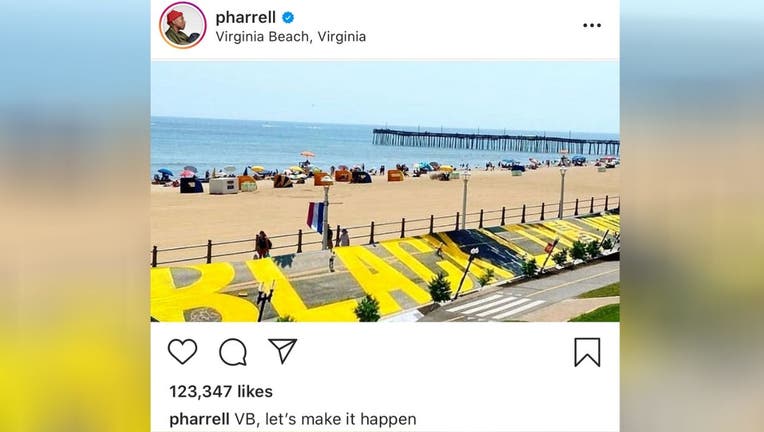 The large yellow letters, which spans the width of 16th Street and runs from K Street to H Street at Lafayette Park near the White House, was painted last Friday in direct response to the protests surrounding the death of George Floyd at the hands of Minneapolis police.

The D.C. Department of Public Works is painting the words Black Lives Matter on a street in downtown D.C. ahead of what is expected to be one of the largest rallies in the nation's capital in response to the killing of George Floyd.