A fight, inside Friendly High School, lasted more than a minute before staff showed up.

A parent, who says they were never notified of the incident by the school, sent a video of the fight to FOX 5 saying they are concerned. The parent says they found out when they were checking their child’s phone.

The video shows a melee between two girls all while students watch and record video on their cellphones. There's no staff, security, or school resource officer in sight.

The school district says five other females joined the fight. 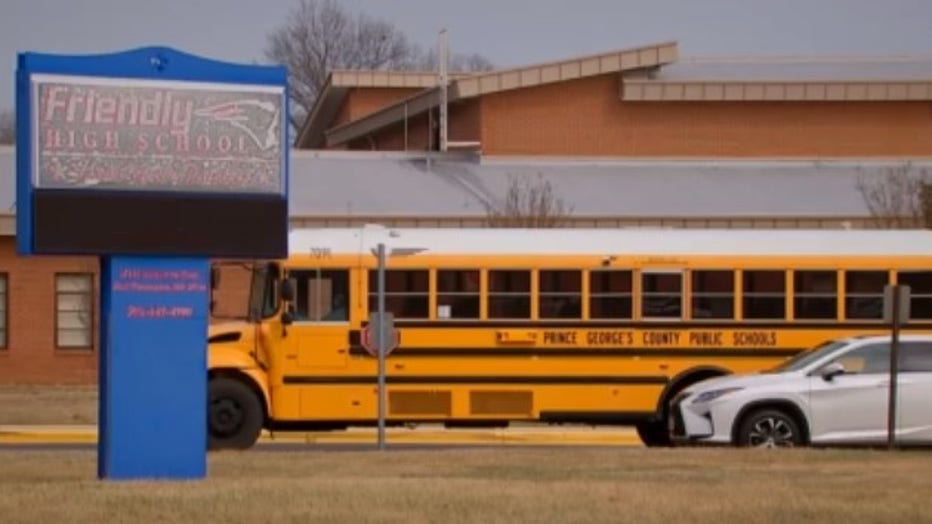 A mother whose child is supposed to attend Friendly High School next year says more must be done to keep students safe. She wanted to remain anonymous.

While Prince George’s County Public Schools reduced security officers in its schools and replaced them with mental health counselors, the school district did keep its school resource officers.

PGCPS did not respond when we asked where were the school resource officers while this fight was taking place. The scuffle lasted more than a minute before any staff member showed up.

"All involved students were disciplined as outlined in the PGCPS Student Rights and Responsibilities Handbook in line with PGCPS policies." the school district said.

Friendly High School did host a peace week, one week after the fight. Still, some have argued, now more than ever, mental health services are needed for students after spending more than a year isolated in distance learning.