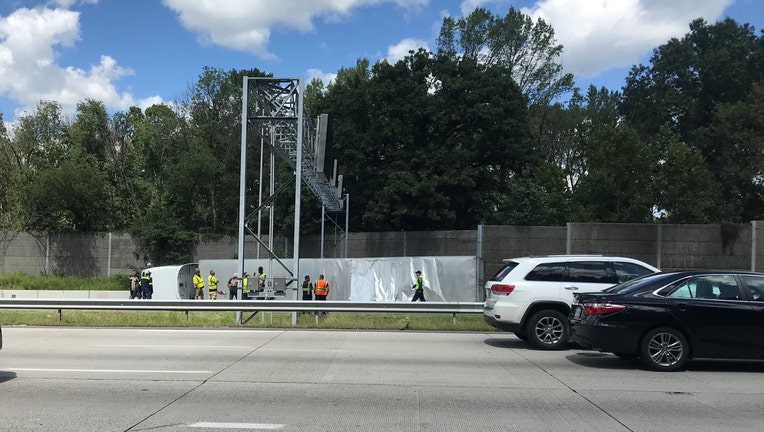 The crash scene on Interstate 66.

Police say the chain reaction crash involved four sedans, one SUV, a pickup truck and a tractor-trailer that overturned.

One car, a Toyota Rav4, caught fire after crashing into the Jersey wall.

The driver in the car that caught fire died at the scene. The passenger was airlifted to a D.C. hospital for life-threatening injuries. Police are still working to identify the victims.

UPDATE (11:45 A.M.): Fairfax County firefighters say eastbound Interstate 66 is back open after the crash. Westbound I-66 is still closed.

There are now seven total victims, including one who was extricated from a car.

ORIGINAL STORY: Five people are hurt after a multi-car crash Saturday morning that has shut down all lanes of Interstate 66.

The crash happened minutes ago near Centreville. Fairfax County firefighters say they are sending a helicopter to send one victim to a hospital. Crews are working to remove one victim trapped in a car.

All lanes of I-66 are closed. Try to avoid the area or take an alternate route if you can. 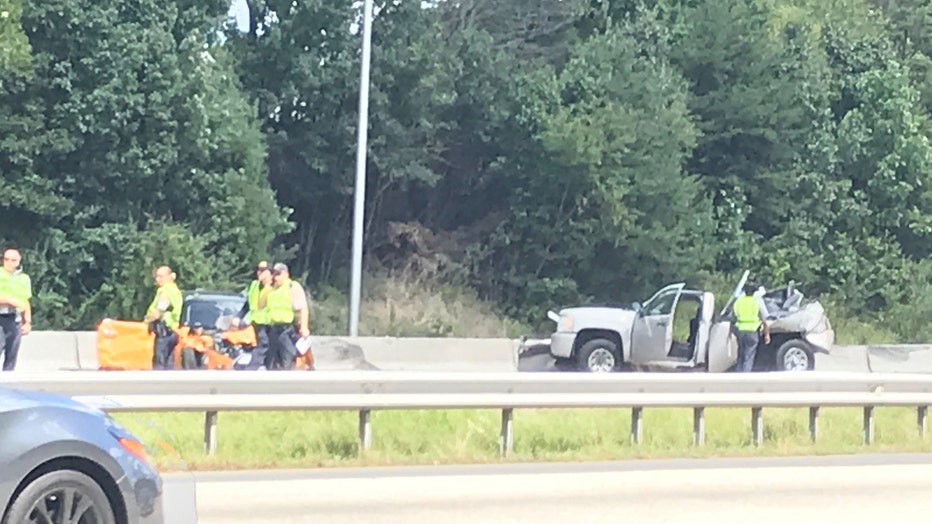 The crash scene on Interstate 66.