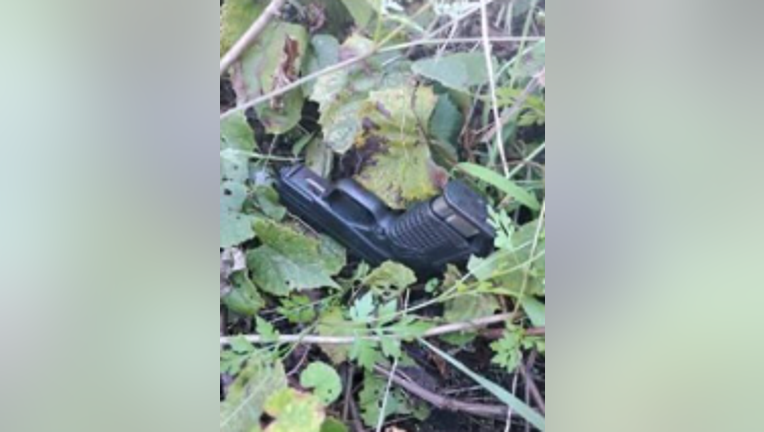 DC police say this handgun belonged to 17-year-old Cornell Smith of Northeast DC, who was shot by an off-duty police officer and taken in on an armed robbery warrant.

WASHINGTON - D.C. police say an officer is under internal investigation after shooting an armed robbery suspect while off-duty Friday night in Northeast.

Police say 17-year-old Cornell Smith of Northeast confronted the officer around 11:13 p.m. Friday in the 4200 block of Minnesota Ave., Northeast.

The officer was not injured, and police later found Smith suffering from a non-life threatening gunshot wound.

Police also say they recovered a handgun believed to be Smith's.

Smith was charged with assault with a dangerous weapon, stolen auto and other crimes.

He was also served with a warrant connected to a July armed robbery in Northeast D.C.

The off-duty officer who shot Smith is on administrative leave per department policy, and police are reviewing body camera footage taken by responding officers at the scene.