WMATA says they have a robust high-definition camera network through the mail and bus system and immediately fix cameras out of service. We’re also told they can pull up cameras in real-time and Zoom into items like a license plate.

WASHINGTON - CORRECTION: In an earlier report, FOX 5 noted MPD did not provide answers to our questions on CCTV cameras. A spokesperson with the police department did inform FOX 5 that they reached out to the unit responsible for CCTV cameras but that the information would likely not be available in time for our report. FOX 5 was also directed to submit a FOIA request in order to learn how many cameras are functional vs. not functional. FOX 5 submitted a FOIA request for this information and more. We are also still waiting for a response from the unit that handles the CCTV cameras.

People are taking a closer look at metro surveillance systems after it was reported some security cameras were not functioning properly enough to capture the scene when a gunman opened fire, shooting nearly a dozen people inside a New York City subway station during their Tuesday morning commute.

That issue reportedly complicated the investigation, according to The New York Times. The Metro Transit Authority (MTA) CEO, however, went on to tout how other video evidence was located – thanks to the MTA’s move to 100% camera coverage with 600 cameras on that one train line impacted alone.

Both D.C. Police and the Washington Metropolitan Area Transit Authority (WMATA) also use Closed-circuit television surveillance cameras in an effort to deter crime.

FOX 5 reached out to WMATA and D.C. Police to inquire about how many total cameras both agencies have, what the median age of the cameras are, how many are high definition vs. black and white, and how long they record for before the footage is recorded over. 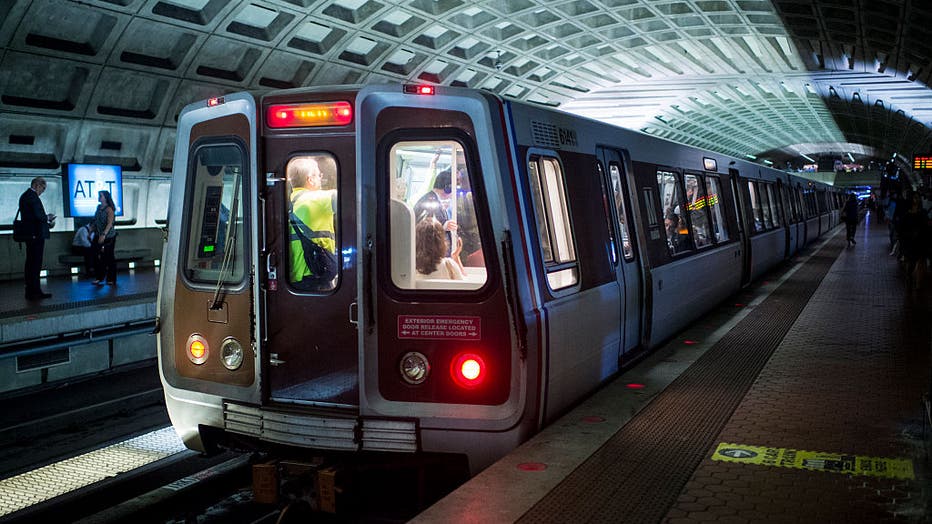 "Metro has a robust network of high-definition digital cameras throughout the rail system, aboard every bus, and on all new railcars and some of the legacy fleet. MTPD receives frequent reports on the status of its cameras, and immediately addresses any cameras that are out of service. Additionally, Metro has built-in redundancies that are designed to capture multiple angles on Metro properties. Closed-Circuit Television cameras are monitored and recorded by MTPD’s Special Operations Command Center.

"Due to its security sensitive nature, Metro does not reveal specifics on the deployment of cameras and the investigative process.

"In addition to cameras, MTPD proactively employs a variety of security measures to ensure your safety and security throughout the Metro system, including MTPD officers and K-9 units, both in uniform and in plain clothes; and continual tracking of crime trends using a "CompStat" model to ensure that police patrols are assigned where they will be most effective.

"Metro’s cameras are funded through grants and other contributions as part of Metro’s Capital Budget."

A video highlighting Metro’s video surveillance says WMATA has the ability to pull up cameras in real-time and zoom into items like a license plate.

WMATA wouldn’t give its total number of cameras for security reasons, but the agency says they have "thousands."

D.C. Police has 265 "neighborhood-based" cameras alone, according to a March 2022 oversight report. The same report says MPD added 27-temporary cameras after January 6th and ahead of President Biden’s inauguration. Camera data collection and sharing can cost hundreds of thousands of dollars.

Community activists have criticized the quality of the camera images. FOX 5 has also seen many camera images taken from CCTV units serve as evidence in major crimes committed and tried in the District.

FOX 5 did not receive a response from the Metropolitan Police Department (MPD) in regards to the median age of the cameras and how long they record for. A spokesperson for the department said we would need to file a Freedom of Information Act to learn how many cameras are not functioning.

The purpose of the cameras is to deter crime. Looking at WMATA’s "Five-year Crime Report," it appears overall crime dropped in 2021, coinciding with the overall drop in ridership during the pandemic.

"We're horrified by this morning's event @NYCTSubway  & continue to monitor security of our system w/heightened awareness," WMATA Tweeted from their @metro account after the NYC subway shooting." There are currently no known credible threats. Be vigilant & report any suspicious behavior immediately to MTPD at 202-962-2121 or text MYMTPD (696873) #wmata"