DES MOINES, Iowa (AP) — The numbers for the enormous first Mega Millions jackpot of 2023 were drawn Tuesday, though it was not immediately clear whether anyone had won the $785 million jackpot.

Mega Millions officials usually take hours before announcing whether or not there is a winner in each draw.

The Mega Millions top prize is the sixth-largest jackpot in U.S. history and has grown so large because no one has matched all six of the game’s numbers for more than two months. There have been 22 straight drawings without a big winner, allowing the prize to roll over and become ever-larger. 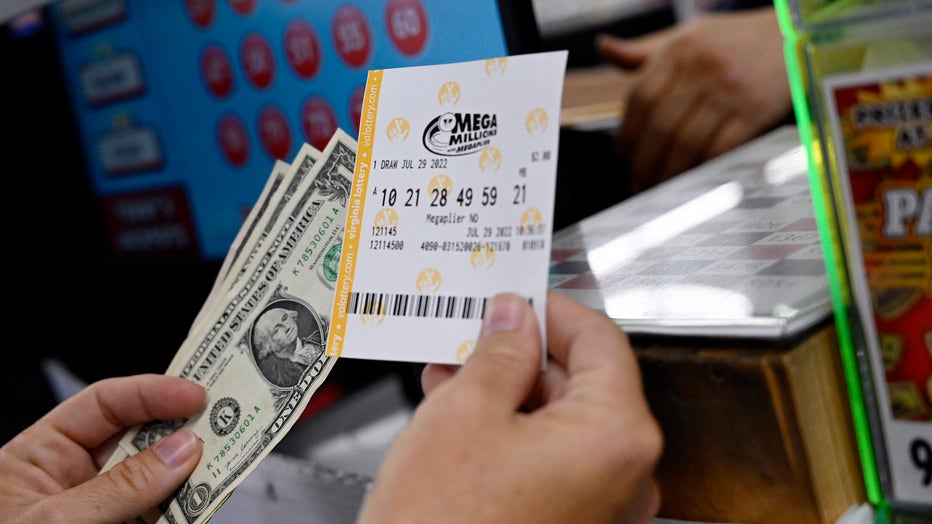 A person buys a Mega Millions lottery ticket at a store on July 29, 2022 in Arlington, Virginia. - The jackpot for Friday's Mega Millions is now $1.1 billion, the second-largest jackpot in game history. (Photo by OLIVIER DOULIERY / AFP) (Photo by OLI

The jackpot-winning drought isn’t surprising given the daunting odds of one in 302.6 million of winning the top prize.

The $785 million jackpot is for a winner who chooses to be paid through an annuity over 29 years. Nearly all winners opt for a cash payout, which for Tuesday night’s drawing would be an estimated $395 million.

The jackpot is the largest since someone in California won a record $2.04 billion Powerball prize on Nov. 8. There still has not been an announced winner of that jackpot.

Mega Millions is played in 45 states as well as Washington, D.C., and the U.S. Virgin Islands.

The odds of winning the Powerball, or the lottery in general, are astronomical. But that didn't stop millions of Americans from dreaming of becoming a billionaire and buying tickets. A $2 lottery ticket could get you more than $1.5 billion, the largest jackpot in U.S. history. FOX 10's Lauren Clark has more on Saturday's lottery fever.

With a $1.6 billion jackpot on the line, the nationwide lottery seems to be the topic of discussion on Nov. 4, ahead of the Saturday drawing. FOX 10's Lindsey Regas spoke with people on how they would spend the money should they get very, very lucky and win the jackpot.

What can winning the record-high Powerball jackpot buy you in Arizona?

So, what will nearly two billion dollars buy you? FOX 10's Steve Nielsen had the hardest job of the day – figuring out the most expensive things in the state of Arizona to spend it on as the Powerball jackpot is now the highest it has ever been.