The Federal Reserve signaled Wednesday that it plans to begin raising its benchmark interest rate as soon as March, a key step in reversing its pandemic-era low-rate policies that have fueled hiring and growth but also escalated inflation.

WASHINGTON - The number of small businesses that raised prices in January rose to levels not seen since 1974, a reflection of surging U.S. inflation amid squeezed supply chains, higher labor costs and more.

A net 61% of small businesses increased average selling prices in January, which marked a 48-year high, according to a regular survey by the National Federation of Independent Business. Price hikes were the most frequent in wholesale (88% higher), manufacturing (71% higher), retail (69% higher) and construction (67% higher).

The NFIB, an advocacy group made up of small business owners across the U.S., also found that 47% of owners reported job openings that could not be filled — a figure down two points from December 2021. Thirty-six percent reported openings for skilled workers (down 3 points) and 22% have openings for unskilled labor (unchanged).

A net 50% percent of small business owners reported raising worker compensation, up 2 points from December and a 48-year record high. 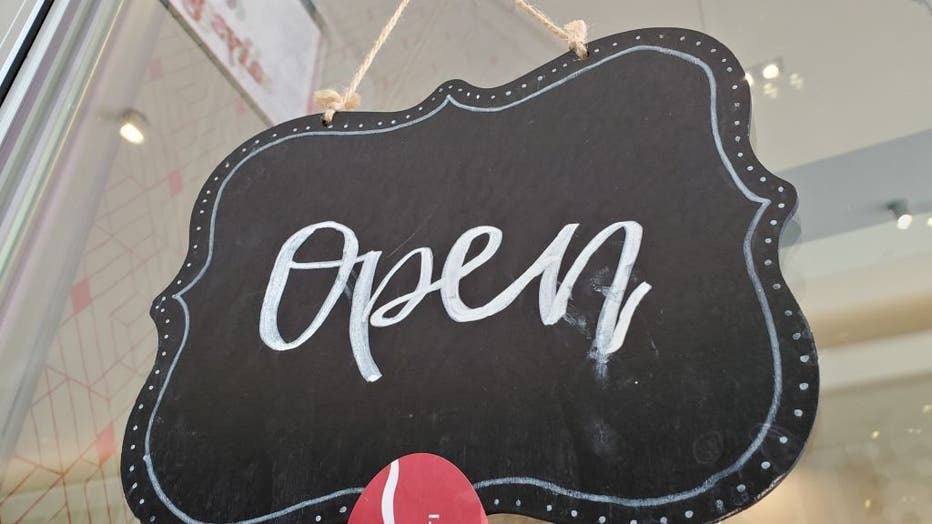 FILE IMAGE - An “open” sign is pictured at a small business on Dec. 11, 2021, in San Ramon, California. (Photo by Smith Collection/Gado/Getty Images)

The NFIB also saw a slight decrease in optimism during January. Its Small Business Optimism Index slipped 1.8 percentage points to 97.1, which was an 11-month low. The index was compiled from the survey of 1,504 NFIB members.

Twenty-two percent of small business owners reported in the optimism index that inflation was their single most important problem, according to the NFIB.

Prices rose sharply in 2021 for cars, gas, food and furniture as part of a rapid recovery from the COVID-19 pandemic recession. Vast infusions of government aid and ultra-low interest rates helped spur demand for goods, while vaccinations gave people the confidence to dine out and travel.

As Americans ramped up spending, supply chains remained squeezed by shortages of workers and raw materials — which magnified price pressures.

A strong January jobs report, however, may give the Federal Reserve reason to raise interest rates and pull back on its support for the economy in an effort to reduce inflation.

"Inflation will remain stubbornly high this year, but should slow down in the second half of the year as some of the economic disruptions get untangled," the NFIB wrote in its January 2022 Small Business Economic Trends Report.

The January 2022 Consumer Price Index (CPI) data, a widely used measure of inflation, is set to be released on Thursday.

This story was reported from Cincinnati. The Associated Press and FOX Business contributed.