The U.S. Navy has acknowledged that the three UFO videos that were released by former Blink-182 singer Tom DeLonge and published by The New York Times are of real unidentified objects.

WASHINGTON - According to a recent report from the New York Times, a top-secret Pentagon program has been conducting classified briefings for over a decade, analyzing various encounters between military craft and unidentified aerial vehicles.

According to the Times, the Pentagon stated that the program was disbanded, but a Senate committee report last month revealed spending on a program called the Unidentified Aerial Phenomenon Task Force.

It was reported in late June that U.S. Sen. Marco Rubio had requested a detailed analysis of the task force’s findings.

The report stated that the committee supports the efforts of the task force to collect and standardize data regarding “unidentified aerial phenomenon, as well as their links to foreign governments and potential threats.”

Now, the New York Times is reporting that the secretive task force is expected to release new and alarming findings that may involve vehicles made of materials not of this planet.

Astrophysicist and former consultant for the UFO program since 2007, Eric W. Davis, told the Times that he gave a classified briefing to the Defense Department agency as early as March regarding “off-world vehicles not made on this earth.” 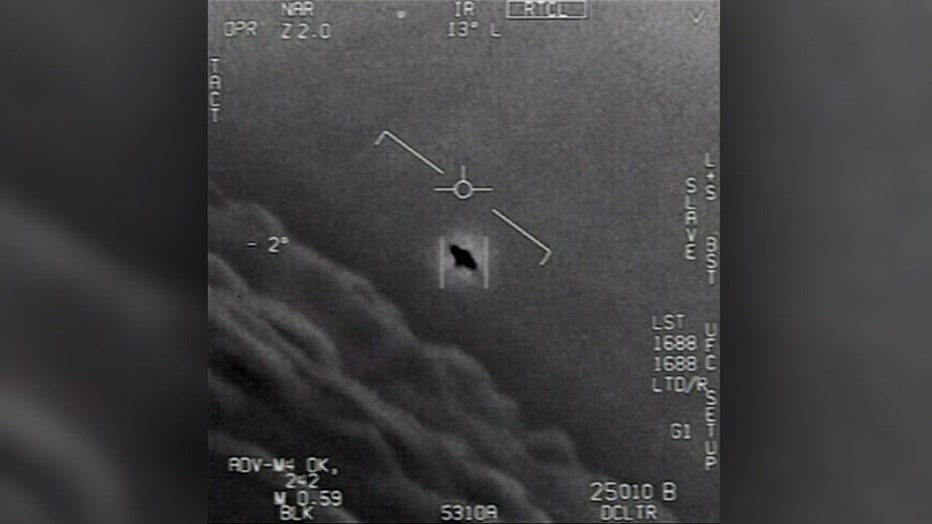 Over the years, the federal government has released footage of military encounters with unidentified aerial phenomena. In April, the Pentagon declassified videos from 2004 and 2015 that showed saucer-looking objects.

“DOD is releasing the videos in order to clear up any misconceptions by the public on whether or not the footage that has been circulating was real, or whether or not there is more to the videos,” the agency said in a statement released along with the clips. “The aerial phenomena observed in the videos remain characterized as ‘unidentified.’”

In September, the U.S. Navy acknowledged that three UFO videos that were released by former Blink-182 singer Tom DeLonge and published by The New York Times were of real "unidentified" objects.

The videos in question, known as "FLIR1,” “Gimbal” and “GoFast,” were originally released to the New York Times and to The Stars Academy of Arts & Science (TTSA). In December 2017, FOX News reported that the Pentagon had secretly set up a program to investigate UFOs at the request of former Sen. Harry Reid of Nevada.

In May 2019, the Pentagon also admitted that it still investigates reports of UFOs, or "unidentified aerial phenomena," in a statement that a former U.K. defense official called "a bombshell revelation," according to a New York Post report.

A Department of Defense spokesman told the Post in a statement that a secret government initiative called the Advanced Aerospace Threat Identification Program "did pursue research and investigation into unidentified aerial phenomena."

Even though the DOD said it shut down the AATIP in 2012, spokesman Christopher Sherwood acknowledged that the department still investigates claimed sightings of alien spacecraft, the Post reported.

"The department will continue to investigate, through normal procedures, reports of unidentified aircraft encountered by U.S. military aviators in order to ensure defense of the homeland and protection against strategic surprise by our nation's adversaries."

FOX News contributed to this report. This story was reported from Los Angeles.