Fairfax County police are investigating after receiving a report of an armed ex-employee inside the Gannett building in McLean Wednesday morning.&nbsp;

MCLEAN, Va. - Fairfax County police are investigating after receiving a report of an armed ex-employee inside the Gannett building in McLean Wednesday morning. The building houses the headquarters of the national newspaper USA Today.

The incident was first reported at 11:56 a.m. Police searched the building floor by floor and cleared out employees during the search, but many employees self-evacuated early in the incident.

Police stressed during the search that there had been no reports of shots being fired or anyone being injured.

According to police, they are currently speaking with a person of interest at a location off-site. They do not know at this time if the person was in the building.

"Our prayers are answered. Everybody is safe," said Fairfax County Police Chief Roessler during a 3 p.m. media briefing.

Police say they will update further when their investigation has been completed.

They are asking people to avoid the area near 7950 Jones Branch Drive. The building is currently open to employees only. 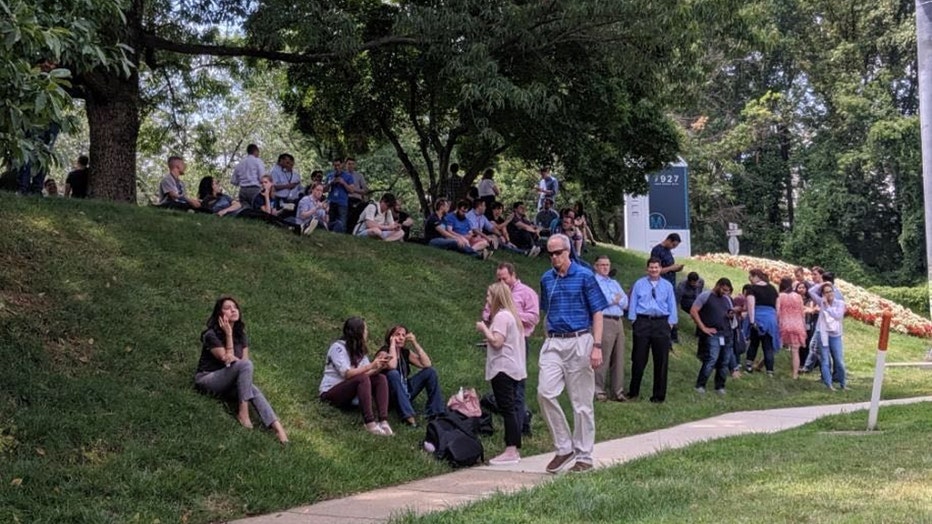 Evacuation at the Gannett Building 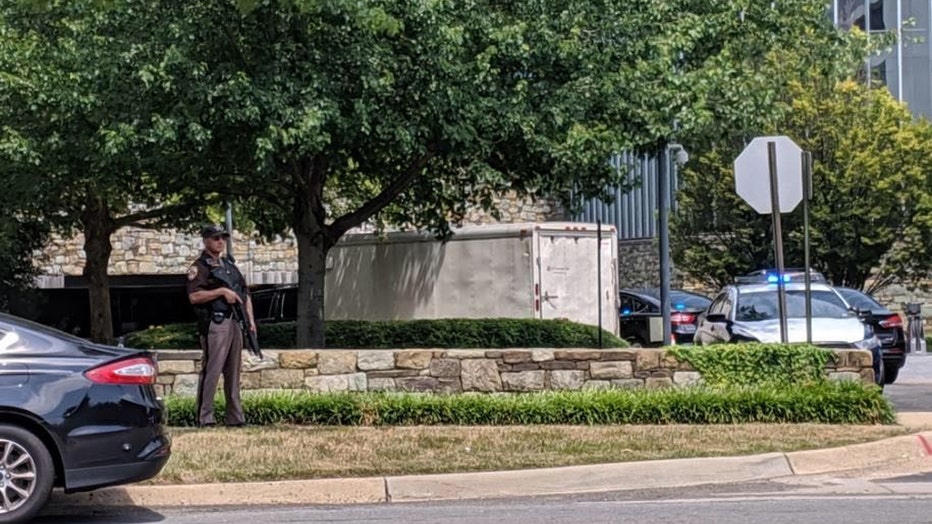