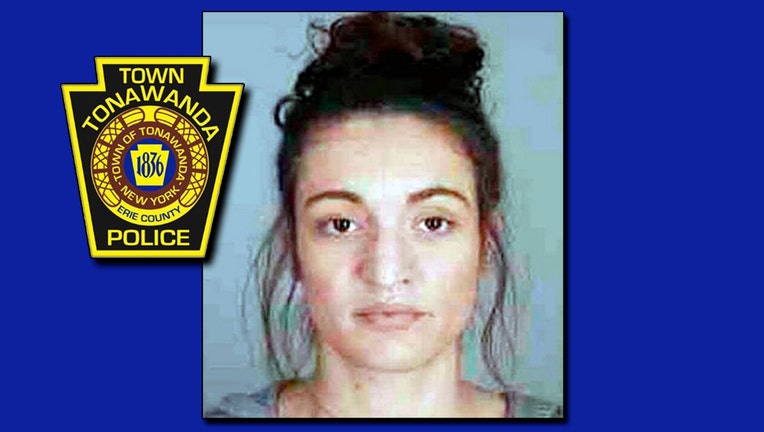 ERIE COUNTY, N.Y. - In what a prosecutor described as possibly the "worst case" he'd seen in his five years in office, a western New York woman is accused of killing her baby shortly after he was born at home and then putting his body in the trash.

Andee Wright, 30, surrendered to police on Tuesday and was arraigned on second-degree murder charges, officials said.

Wright gave birth in the early hours of Oct. 5, 2020, while she was at home alone in the Town of Tonawanda, the Erie County district attorney said. The indictment accuses Wright of hitting the infant at least twice, fracturing his skull, according to a news release.

Later that morning, Wright's boyfriend came home with a friend, found her "in medical distress," and called 911, District Attorney John Flynn said. Medics responded and rushed her to the hospital.

"A short time later, [authorities] found the baby's body in a garbage bag in a garbage can in the basement of the home," Flynn said. "The baby was dead."

At the time of the incident, Wright was reported to have miscarried, Flynn said. After a months-long investigation, which included the medical examiner's ruling that the baby died from blunt-force trauma and focally penetrating trauma to his head, a grand jury indicted Wright on two counts of second-degree murder.

Flynn said he couldn't reveal specific details from the investigation but said he believes the baby was born alive and that shortly after that Wright killed him. He said the investigation took nearly a year because he wanted to make sure he had all his "I's dotted and his T's crossed."

Prosecutors asked a judge to hold Wright behind bars until trial. Her lawyer argued that Wright isn't a flight risk because she willingly turned herself in and also has an 8-year-old child.

Tonawanda is a suburb of Buffalo.

This article was produced in New York City.