A new bill in Virginia would require transgender student-athletes to play on teams based on their biological sex. FOX 5's Sierra Fox reports from Arlington with more details on the controversial proposal.

ARLINGTON, Va. - A new bill in Virginia would require transgender student-athletes to play on teams based on their biological sex.

While the word "transgender" is not written in the proposal, many residents in the Commonwealth say they can read between the lines, and feel that's who it targets.

Narissa Rahaman, the executive director at Equality Virginia, told FOX 5 the bill is "disappointing, yet not surprising."

"We know that trans and non-binary youth are watching the unprecedented legislative attacks that are being waged against them," Rahaman said. "We know just the mirror and simple introduction of these bills has an immediate impact on trans and non-binary people, but especially our youth."

The bill is known as HB-1387 and would require schools and universities in Virginia to designate each of their sports teams into one of the three categories based on their biological sex. The options include an all-male team, an all-female team, and a coed or mixed-student team for both boys and girls. 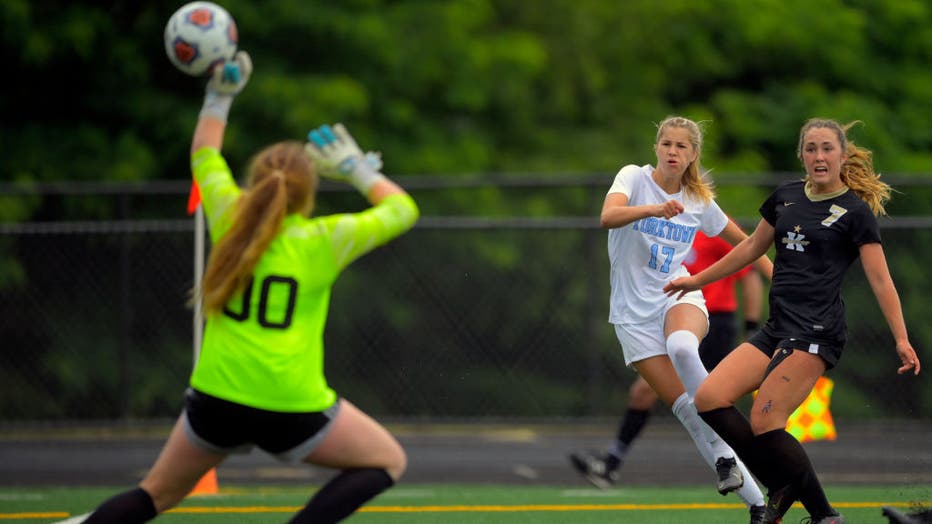 In order to try out for a sports team, the proposal requires students fill out an athletic eligibility form with the gender from their birth certificate signed by a licensed doctor.

HB-137 could also influence private schools because they would not be able to play against public schools unless they also abide by the proposed rules.

FOX 5 checked in with school districts in the Commonwealth to get their thought, but most said they do not comment on pending legislation.

We contacted Delegate Greenhalgh as well as Governor Glenn Youngkin, and we're waiting to hear back.