Virginia Gov. Glenn Youngkin on Friday updated "model policies" regarding the treatment of transgender students, claiming that the previous "guidelines disregarded the rights of parents."

The Virginia Department of Education updated its 2021 Model Policies for the Treatment of Transgender Students in Virginia’s Public Schools, noting that the guidelines under the previous administration "disregarded the rights of parents and ignored other legal and constitutional principles that significantly impact how schools educate students, including transgender students."

The new policies also stated that the previous guidelines "promoted a specific viewpoint aimed at achieving cultural and social transformation in schools." 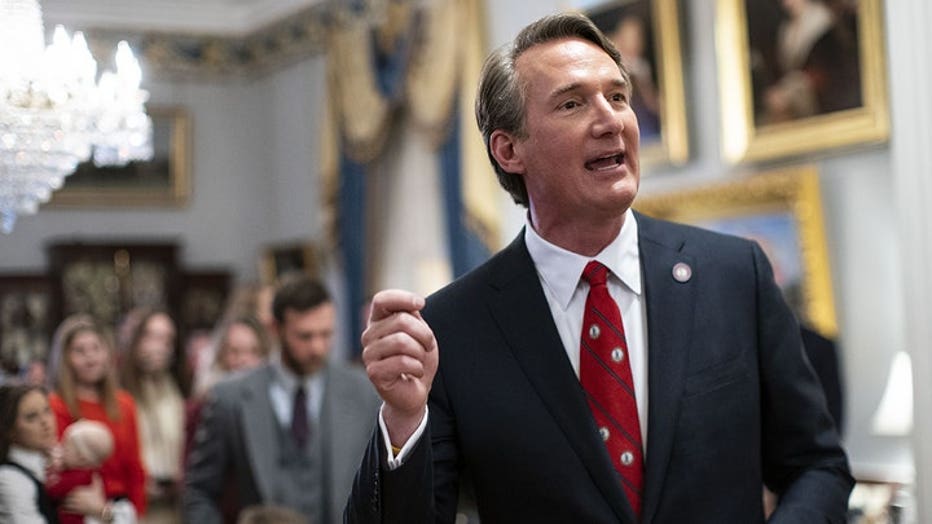 Glenn Youngkin, governor of Virginia, speaks to members of the media following a cabinet swearing-in ceremony at the Virginia Executive Mansion, in Richmond, Virginia, U.S., on Saturday, Jan. 15, 2022. Youngkin, former co-CEO of the Carlyle Group Inc

The 2022 policies are designed "to provide clear, accurate, and useful guidance to Virginia school boards that align with statutory provisions," and took into account 9,000 public comments, according to the Virginia Department of Education.

The policies go on to cite the 14th Amendment in the Constitution which gives parents a "fundamental right to direct the upbringing and education of their children."

Furthermore, the administration issued "board model policies" in accord with "compliance with non-discrimination law," and "identification of students," among several other standards as it pertains to the treatment of transgender students in public elementary and secondary schools. 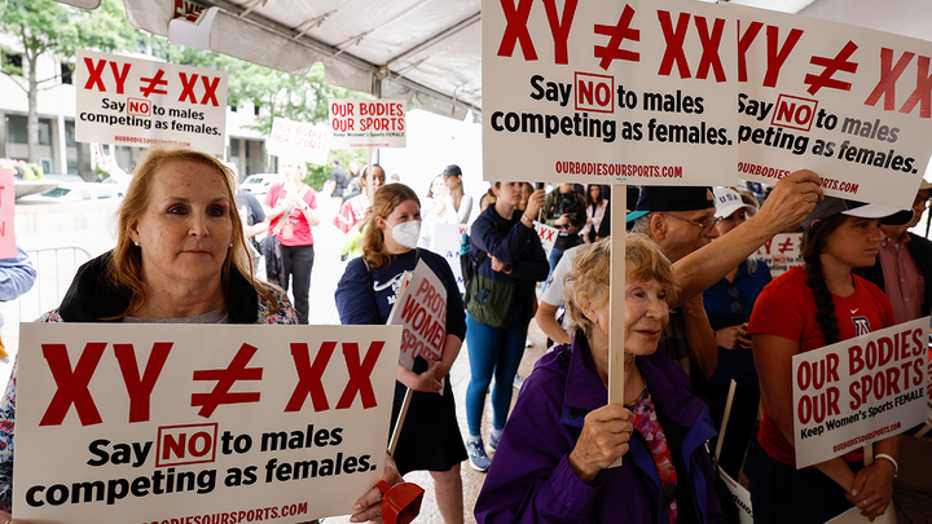 Demonstrators listen to the speaking program during an "Our Bodies, Our Sports" rally for the 50th anniversary of Title IX at Freedom Plaza on June 23, 2022 in Washington, D.C. ((Photo by Anna Moneymaker/Getty Images))

Every local school board is required to "adopt policies" that are consistent with the 2022 Model Policies.

The policies also define "transgender student" as "a public school student whose parent has requested in writing, due to their child’s persistent and sincere belief that his or her gender differs with his or her sex, that their child be so identified while at school."

Reacting to the updated guidelines, Nicole Neily, president and founder of Parents Defending Education, told Fox News Digital that "PDE has been overwhelmed by tips from across the country on gender issues in the classroom, which underscores that this issue is a major flashpoint for families from coast to coast."

"Polling consistently shows that when it comes to the topic of gender in schools, parents worry about fairness, safety, and the preservation of parental rights – and that these concerns transcend both racial and political lines. Today, Virginia has shown that it is listening to parents through its new proposed guidelines, and we are grateful for their responsiveness," she said.

The Pride Liberation Project, which according to its website is the only student-led LGBTQIA+ advocacy organization in Virginia, released the following statement in reaction to the guidelines:

"These revised guidelines will only hurt students in a time when students are facing unparalleled mental health challenges, and are a cruel attempt to politicize the existence of LGBTQIA+ students for political gain. We call for the VDOE to revoke its draft revisions and for school boards to affirm their commitment to protect all students by rejecting these bigoted proposed guidelines."

Youngkin highlighted education as a critical issue of his gubernatorial campaign. After defeating Democratic opponent and former Virginia Gov. Terry McAuliffe in November, Youngkin touted that his campaign became a "movement led by parents."

The newly released guidelines come after President Biden's proposed changes for Title IX, which included gender identity as part of the definition of sex, raised controversy. The proposed rule change generated a record number of public comments, many from parents concerned about their children's safety in schools, and what the amendments will mean for women's sports.

Gov. Youngkin encourages parents to be involved in school

Virginia Gov. Glenn Youngkin is calling on parents to stay engaged with their local school board as he rallied with supporters in Annandale on Wednesday. FOX 5's Tom Fitzgerald reports from the governor's rally in Annandale.

Biden’s Title IX proposals include changes to former Education Secretary Betsy DeVos' 2020 due process rules, which was the previous record holder for public comments. Her changes "weakened protections for survivors of sexual assault and diminished the promise of an education free from discrimination," the Biden White House charged.

The Biden administration said it will release additional regulations on transgender students' participation in sports, a move that is likely to meet pushback from Republicans.