Several mistakes at D.C.'s 911 call center are shining a spotlight on the Office of Unified Communications and its oversight of the dispatch center.

WASHINGTON (FOX 5 DC) - Several mistakes at D.C.'s 911 call center are shining a spotlight on the Office of Unified Communications and its oversight of the dispatch center.

Former reporter and safety advocate Dave Statter has been listening to fire calls in D.C. for months and says he's seeing the same problems that could become a matter of life and death.

OUC admitted the call taker made a mistake and luckily the patient ended up not experiencing cardiac arrest.

Statter says on February 25, several fire crews could not get in touch with dispatchers for more than five minutes. The audio of those calls captured their frustration.

"Do you have anyone monitoring channel 11? We've been calling for seven minutes," a firefighter said.

OUC tells FOX 5 a technical error led to crews only being able to communicate with themselves on certain channels, but said that other channels were available to reach dispatch.

"It's not the individual call takers and dispatchers who are at fault. This is a systemic problem at D.C. 911," said Statter. 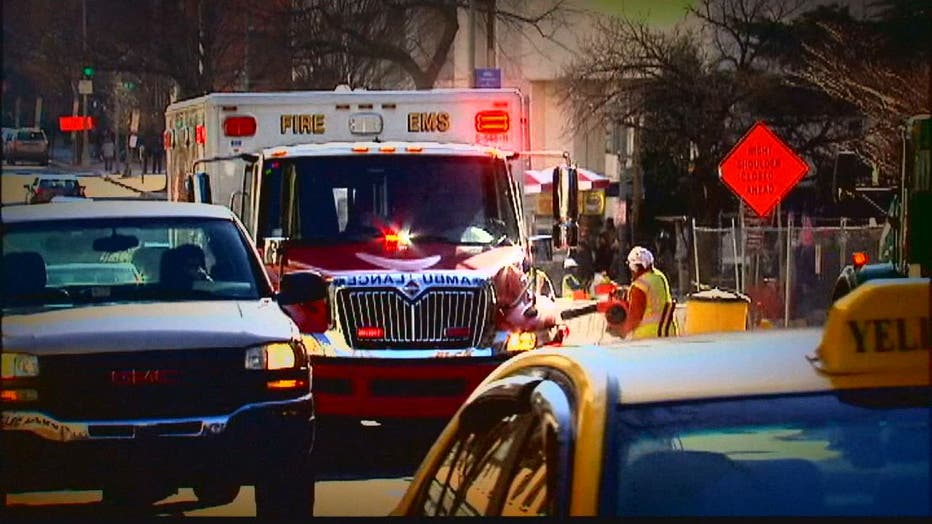 The most high profile incident in recent months involved OUC dispatchers and their delay to send firefighters to the deadly Kennedy Street Northwest fire. In August, an adult and a 9-year-old boy were killed in the fire in an illegal rooming house.

Despite a police officer's radio call to dispatch reporting a fire, a dispatcher waited four minutes to send fire crews.

OUC has not admitted any wrongdoing in the Kennedy Street fire, saying their protocol were followed in a complicated situation. Officials also pointed out that the first fire truck arrived within the city's average response time.

Statter is calling on more oversight and an audit of OUC and 911 operations.

"The only time anyone have ever paid attention to what is going on at DC 911 is after someone dies. There was some attention given after the Kennedy Street fire. They'll be some attention given again when someone else dies, but really for some reason no one wants to investigate and figure out how to finally fix DC 911," said Statter.

In a statement, OUC said the following:

“The Office of Unified Communications receives 1.4 million 911 calls and dispatches first responders to nearly one million emergencies annually. The public’s expectation is that we get every call right and we strive to meet that expectation. In the unfortunate case when a mistake is made, our job is to quickly identify the mistake, understand why it happened, and promptly resolve it. This is how we maintain the highest level of service to our residents and those experiencing a crisis in the District. Snippets of radio traffic, which only include interactions between the dispatchers and field providers simply do not completely nor accurately convey the most critical variables, such as what information was provided by the 911 caller and the fluid nature of evolving emergencies. We appreciate constructive feedback and remain firmly committed to serving District residents and fulfilling our critical role in coordinating the most appropriate responses to all 911 calls.”