A logo that cost taxpayers in a Maryland city tens of thousands of dollars and was rolled out with fanfare will not be displayed after all.

FREDERICK, Md. (FOX 5 DC) - A logo that cost taxpayers in a Maryland city tens of thousands of dollars and was rolled out with fanfare won't be displayed after all.

The mayor of Frederick announced the decision Monday morning after fierce backlash from people who live there, many saying they hated the logo.

If the city didn't need a new logo it's unclear why it was included as part of a $45,000-thousand dollar rebranding contract with a Florida-based company. 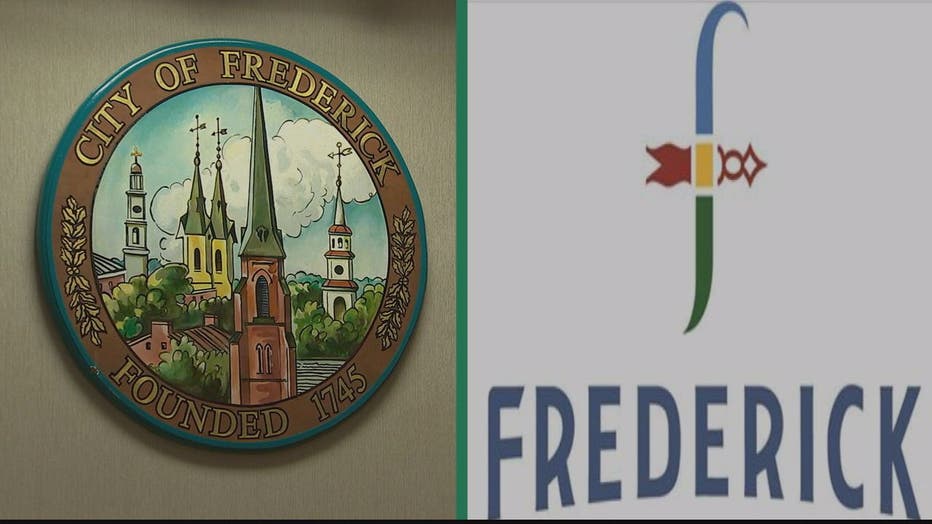 The contract says the company North Star Ideas was also supposed to create a tagline and work with the city on marketing messaging. That tagline, "Join the story," will stay, but city officials got so many calls and messages expressing dislike for the logo, O'connor scrapped it from being fully rolled out.

The mayor didn't respond to questions from FOX 5 Monday, but we asked Alderman Roger Wilson if this was a waste of taxpayer money.

"I would say I would refer them to the mayor's office. I think it's his decision to spend the money accordingly," said Wilson. "Our citizens do not like this logo. It doesn't capture our essence of who we are, what we are and who we're going to be."

In a statement, a North Star spokeswoman said, in part, "creative ideas attract opinions - this is their strength... We stand by the integrity of our work which has helped more than 200 communities across the country best tell their story..."