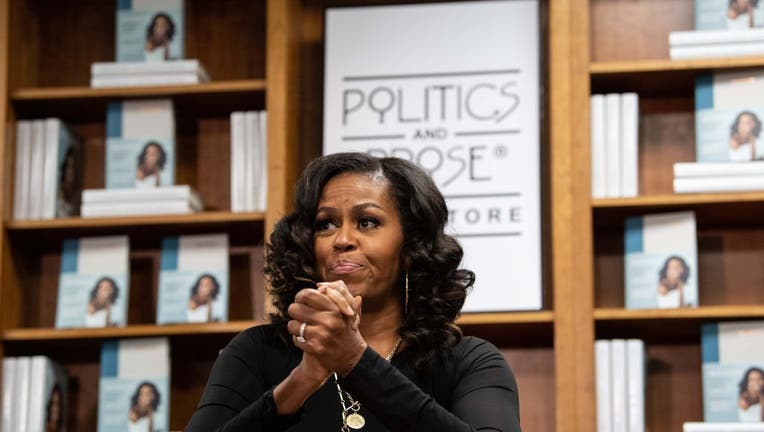 Former US first lady Michelle Obama meets with fans during a book signing on the first anniversary of the launch of her memoir "Becoming" at the Politics and Prose bookstore in Washington, DC, on November 18, 2019. The former first lady will be featu

Former first lady Michelle Obama announced on Twitter that Netflix will be releasing a documentary focusing on the stories “of the amazing people I met after the release of my memoir.”

In her tweet, Obama featured a clip where she spoke with young people about what it was like adjusting back to normal life after the end of her husband’s presidency.

The documentary is set to premiere on May 6.

The arrival of the documentary is a welcome one for many Netflix viewers and another signal of Michelle Obama’s enduring influence, even amid the COVID-19 pandemic. Last week, the former first lady began a new initiative where she reads books to children stuck at home.

And even though the general election is still months away, former vice president and current Democratic candidate Joe Biden indicated that he would not hesitate to select Michelle as his running mate, although she has repeatedly noted she has no intentions to run for political office.

Barack Obama, however, did endorse Biden for president in April.

The former U.S. president announced his support in a new video on Tuesday, April 14.