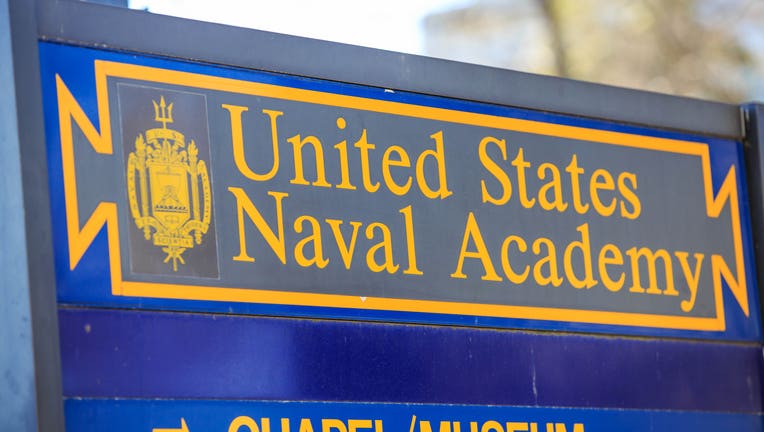 A former member of the U.S. Naval Academy alumni trustees issued an apology statement Sunday for racially insensitive comments made on social media.

Retired Capt. Scott Bethmann was asked to resign as a trustee on Saturday after a live conversation with his wife that was posted on Facebook disparaged admission by the academy of African Americans, Asian Americans, and women.

Several reports said the couple didn't appear to realize they were streaming via Facebook Live.

“There are no words that can appropriately express how mortified and apologetic my wife and I are about the insensitive things we said that were captured on social media,” Bethmann said in the statement, according to The Associated Press. “There is never a time when it is appropriate to use derogatory terms when speaking about our fellow man."

The comments were made by Bethmann and his wife, Nancy, while they were watching TV news and discussing the Black Lives Matter movement. The Florida Times-Union reported the couple was overheard using a slur for African Americans and making other racial comments on the Facebook Live feed.

Peaceful protests demanding an end to police brutality and racial injustice -- in addition to nighttime looting and riots -- have dominated news coverage for two weeks straight following the May 25 death of George Floyd. Floyd, an unarmed black man, died in police custody after a white Minneapolis police officer knelt on his neck for nearly nine minutes.

The since-deleted Facebook Live video reviewed by the newspaper showed that by the end of the 33-minute accidental stream, which mostly showed a black screen, Bethmann seemed to realize he was live and pointed the camera at his cream-colored couch.

“Somehow I clicked onto some live event,” Bethmann can be heard saying, according to The Times-Union. He then began reading the comments aloud and asked, “What are they talking about?” before muttering “oops,” and cutting the feed.

Earlier in the livestream, Bethmann can be heard saying: “I’ve got the emails about how we’re supporting and we need to fix this problem, f--- you. So all the white people have to say something nice to the black b---- that works in the office. But the black b---- don’t get fired. It’s bulls---. Management’s going to fire the white people.” He also used the n-word at some point, according to the newspaper.

“These attributed statements do not represent the mission and values of the Alumni Association, the Naval Academy or the U.S. Navy,” Retired Admiral Samuel J. Locklear III said in a statement. “As volunteer leaders in our communities, we must be inspirations and examples for all citizens."

Locklear, chairman of the academy's alumni association, said he accepted Bethmann's resignation as an alumni trustee and asked the chapter in Jacksonville, Fla., to appoint someone else to the position.

Locklear said there about 65,000 members of the Naval Academy alumni association.

“As individuals, as Sailors, and as a Navy, we cannot tolerate racism of any kind,” Admiral Mike Gilday, chief of Naval Operations, reiterated in a statement to the newspaper. “We must actively speak out against it. And when it rears its ugly head, we must take decisive action.”

The video was deleted and Bethmann’s Facebook account has since been disabled. But residents in Atlantic Beach and Jacksonville who viewed the live stream were quick to take screen recordings that were later circulated on social media. The Atlantic Beach Country Club has since rescinded Bethmann’s membership.