ANNAPOLIS, Md. - The body of a U.S. Naval Academy midshipman was found dead Sunday by authorities in Chile after they say he fell while hiking near a waterfall.

Officials say 21-year-old Luke Gabriel Bird, of New Braunfels, Texas, was found dead around 10:30 a.m. Sunday in a lagoon of the Salto El Agua waterfall in Placilla, in the Valparaíso region of Chile. 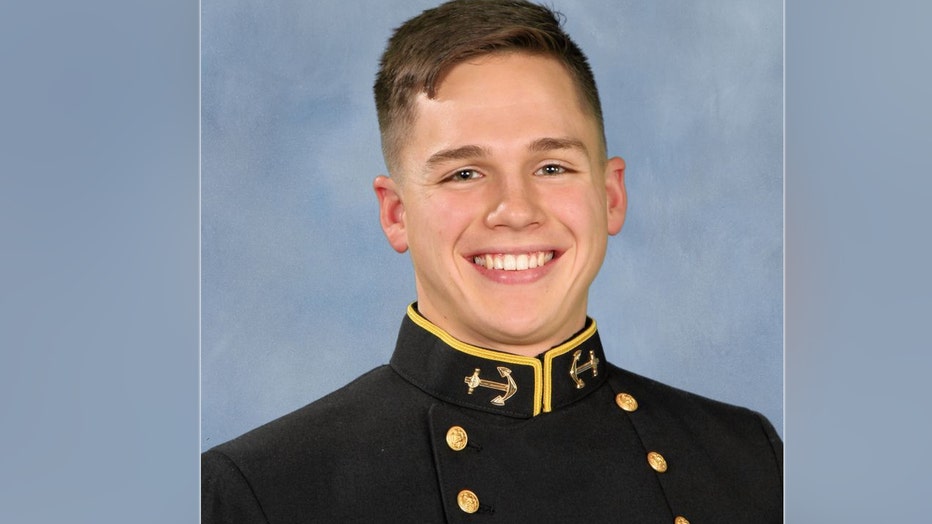 Naval Academy officials say Bird was spending the semester abroad as part of a program at the Arturo Prat Naval Academy, which serves as Chile's Naval Academy.

Bird lost his footing and fell over the waterfall Saturday morning while hiking with a Chilean Naval Academy student, Naval Academy officials say. His body was recovered the following day.

"We are incredibly saddened by the tragic loss of Midshipman Luke Bird this weekend," said Vice Adm. Sean Buck, 63rd Superintendent, U.S. Naval Academy in a statement. "My wife, Joanne, and I and the entire Naval Academy community offer our sincerest condolences to Luke's family, friends, and fellow midshipmen during this difficult time. I encourage all of our Naval Academy family to offer support to one another as we navigate the grieving process."

Bird was a member of the 20th and 2nd Companies at the Naval Academy. He was an ocean engineering major, a member of the Semper Fi Society, and competed as an intramural sports athlete, officials say.

"He greatly exemplified the hard working midshipman who helps anyone at the drop of a hat," said friend Midshipman 1st Class (senior) Travis Delgado. "He was a great man and will be dearly missed by all those in 20th Company and throughout the brigade."

The Naval Academy is providing grief counseling and support services to midshipmen, faculty, and staff.

Funeral arrangements are pending at this time.